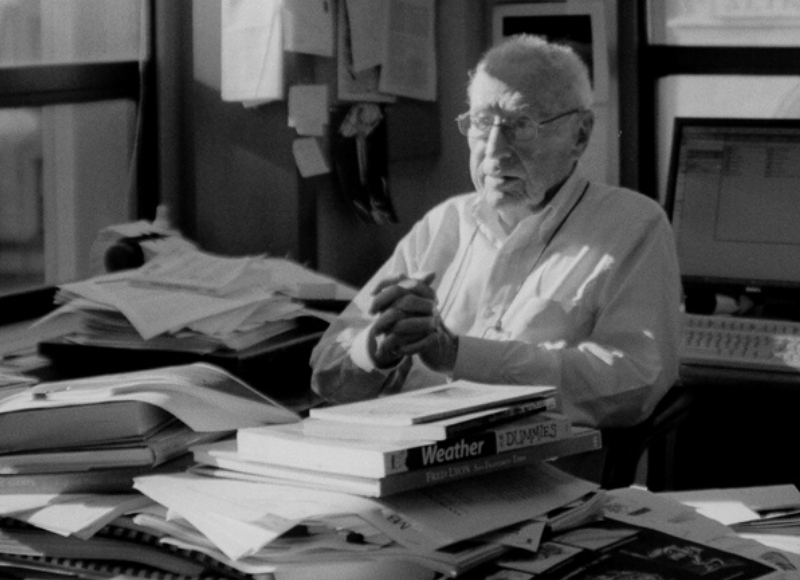 This article by Caroline Grannan first appeared on June 20, 2020 on the website of the Pacific Media Workers Guild. The NewsGuild passed a resolution at the 2019 Sector Conference honoring Perlman.

June 22, 2020 – David Perlman, the revered San Francisco Chronicle science writer and editor who started at the Chronicle in 1940 and retired 77 years later in 2017 when he was a vigorous 98 years old, died June 19 at age 101. Perlman, who became a Newspaper Guild member when he joined the Chronicle and remained a lifelong supporter of what is now the Pacific Media Workers Guild, was unquestionably the longest-standing Guild member of all time.

Perlman, who was born in Baltimore on Dec. 30, 1918, started at the Chronicle as a copy boy, and was away from the newsroom at Fifth and Mission streets during and just after World War II, when he served in the Army and as a journalist in Paris and New York. He returned to the Chronicle in 1951 as a general assignment reporter, and discovered a fascination with science in 1957 when he read the book “The Nature of the Universe,” which a friend had given him while he was recovering from a ski injury.

Perlman covered the 1969 moon landing from near Mission Control, and he and his late Chronicle colleague Randy Shilts were among the first journalists in the nation to write about a mysterious disease that was later named AIDS. He covered climate change, earthquakes, solar eclipses and the extinction of species, and his interest in protecting the Marin County coast was credited with inspiring the creation of the Point Reyes National Seashore.

“He was a great reporter and a proud union member who always supported his colleagues when it mattered,” Hall said. “Everybody marveled, and rightly so, about how he could be so productive for so long, but the fact is, if youth is a state of mind, he was always the youngest guy in the room.”

Perlman had become Chronicle city editor in the late 1970s, and directed the coverage of two shattering events — the People’s Temple mass suicides in Guyana in 1978 and the assassinations of Mayor George Moscone and Supervisor Harvey Milk at San Francisco City Hall 11 days later. But he happily stepped out of that role and back into science journalism. By the time he retired, he was known as a dean of science journalism, had won countless awards and had more awards named after him, none of which made him any less down to earth.

U.S. Sen. Dianne Feinstein, the late San Francisco Mayor Ed Lee and a long list of colleagues honored Perlman at his retirement party at the Chronicle in August 2017. He retained the title of science editor emeritus and continued advising and supporting journalists. His desk at the Chronicle, perennially submerged in heaps of research papers, science books and press releases, was cleaned off very gradually.

Perlman, who died surrounded by family in his home in San Francisco’s Richmond District, grew up mostly in New York City and Paris, and earned a master’s degree in journalism at Columbia University in 1940. He got a newspaper job in Bismarck, N.D., and escaped to San Francisco after his classmate Bill German, who had gotten hired at the Chronicle and later became its executive editor, helped him snag the Chronicle job.

Perlman met Anne Salz at a party in San Francisco, and they married in October 1941. He served in World War II as a second lieutenant, then worked in Paris and New York for the Herald Tribune before he and Anne moved back to San Francisco. Anne died in 2002. .

Perlman is survived by daughter Katy Perlman of Aptos, Calif.; sons Eric Perlman of Truckee, Calif.,  and Thomas Perlman of Salinas, Calif.; three grandchildren; his longtime companion Gladys Thacher of San Francisco; and caregivers Eloini and Sue Qiolevu and Martin Madden. A memorial will be held after the pandemic eases.

View a video made on Dave Perlman’s last day at the Chronicle, 77 years after he started there. 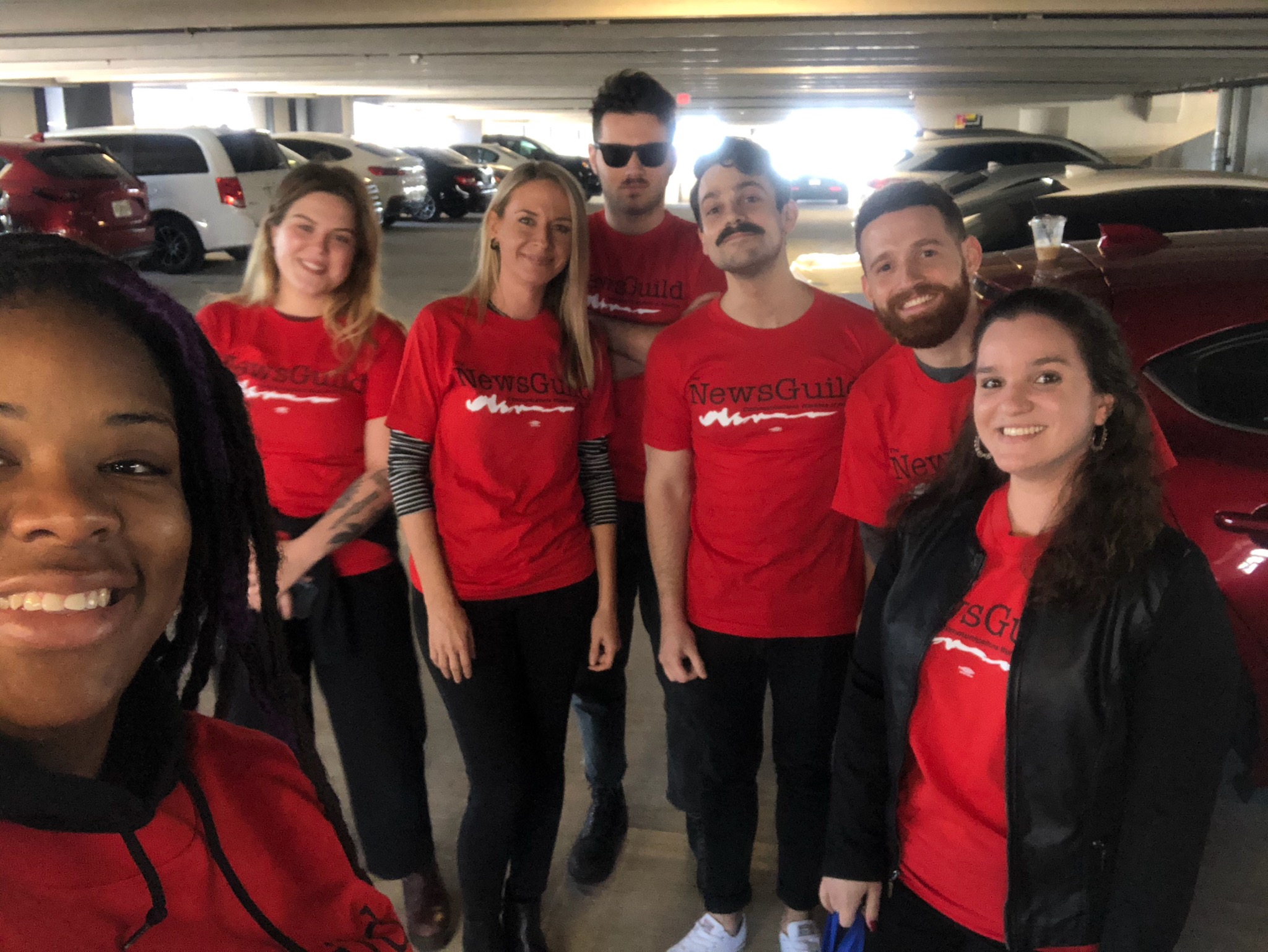