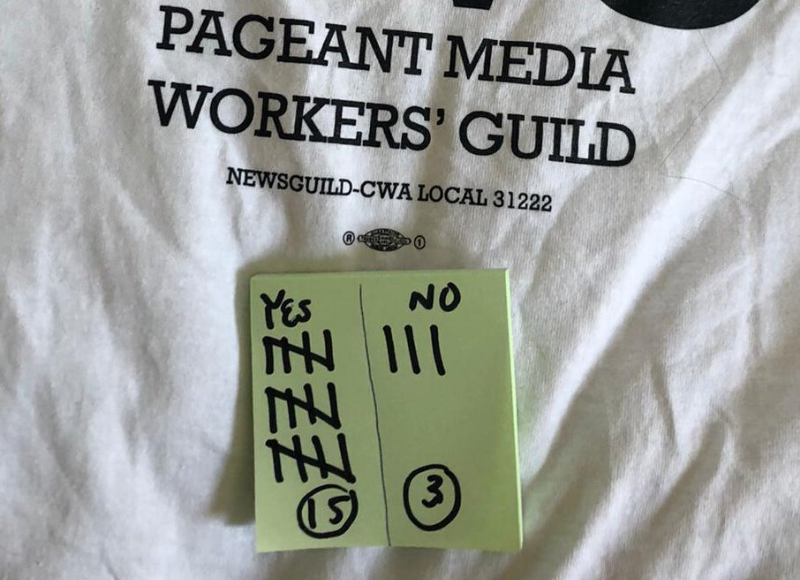 The ballot-counting was conducted by Susannah Ringel, field attorney at the National Labor Relations Board, with union and management observers watching via Zoom. Management challenged five individual’s eligibility to be part of the union, so their votes were not counted. (The outcome would not have been affected even if all had voted against the union.)

The move to form the union is part of a surge in organizing in the news industry. More than 2,700 new members won recognition for NewsGuild units at dozens of shops over the last two years, an increase of more than 10 percent.

“We are forming a union to build a diverse, rewarding work culture that elevates diligence and excellence,” organizers wrote in a Mission Statement when they announced their plans to form a union.

Although Pageant has experienced consistent growth over many years and has been acquiring other media companies, workers said they faced an uncertain future after the Pageant got a capital infusion from the private equity firm, ICG. Comparable moves at other companies have resulted in business practices that harm the publications along with the staff who create them, they said.

They are seeking parity in benefits with Pageant’s employees in the UK and with competitors in New York.