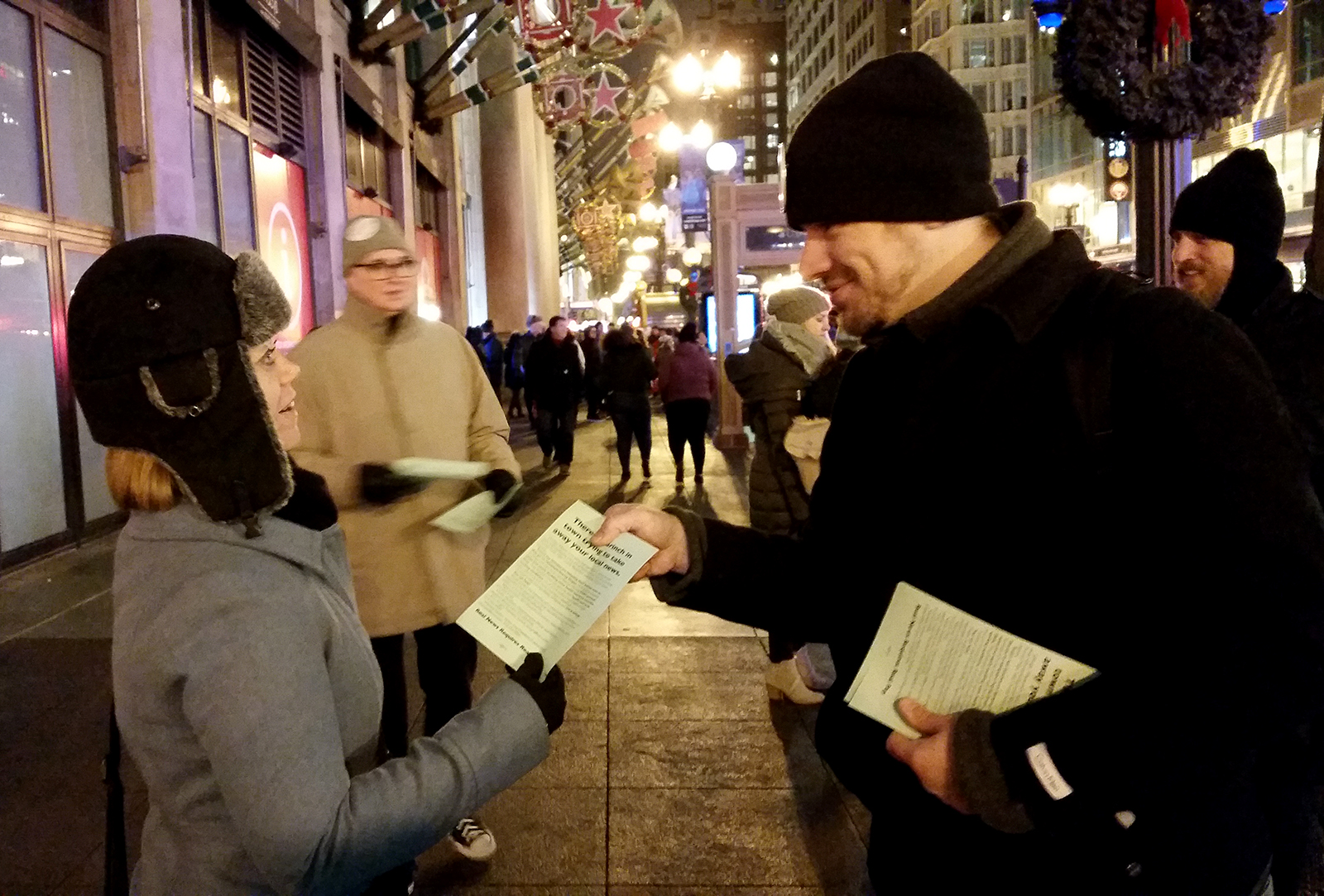 Dec. 19, 2017 – NewsGuild members at three suburban Chicago community newspapers ramped up their fight for a good contract on Nov. 30 by seeking support in unexpected places.

The local negotiating committee wrote to 200 of the papers’ top advertisers, local politicians and chambers of commerce and asked them to urge company officials to “pay our members a living wage and benefits so we can continue to cover the communities we care so much about.”

Pay rates are largely the same as they were eight years ago, the committee said, and after more than a year of trying to forge a new contract, company negotiators stated flatly on Nov. 21 that they would not offer any improvements in pay or benefits.

“We find ourselves with little choice but to ask for your help,” the letter said. “We need the communities we cover and the readers and advertisers that we value to weigh in and provide support.” This is not only in the best interest of employees, it is in the best interest of readers and advertisers “who care about quality community journalism,” they wrote.

“Tronc cannot cry poor when its stock is rising, the CEO salary increases to over $8 million, and it’s buying new assets,” said Rick Kambic, Pioneer Press unit chair of the Chicago News Guild and a member of the union’s bargaining team. Executive pay overall ballooned by 80 percent from 2015 to 2016, reaching $19 million annually.

Meanwhile, some employees have worked for tronc, the publisher, for decades and still do not make $40,000 per year.

“These employees agreed to pay cuts of 15 to 20 percent during the recession with a prior owner,” Kambic said. “Many of my members are doing two or three times the work and learned new skills but are making far less than they once did,” he said. “Inflation is eating us alive.”

Five of 20 employees at the Pioneer Press were laid off earlier this year and positions were eliminated at the Post-Tribune and News-Sun as well.

The union began community leafletting on Dec. 15 to ask for support from readers.