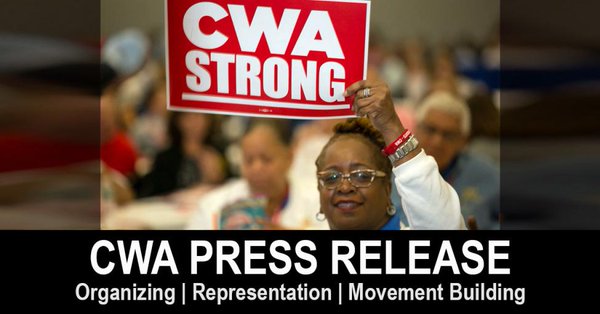 Last month, CWA said employers should guarantee the $4,000 wage increase promised by the Republican corporate tax cut, and contacted the CEOs of some of the largest corporations where CWA members work including Verizon, AT&T, CenturyLink, Frontier Communications, American Airlines, General Electric, NBC Universal and ABC Entertainment. “Together, through collective bargaining, we can ensure that promises about wages and jobs are kept,” Shelton wrote.

Republican leaders have promised that households would receive on average, a yearly $4,000 wage increase. They also claimed that the corporate tax plan would produce new jobs in the U.S. as companies return work from offshore.

“By pushing employers for this raise, CWA proves that working people have power when we join together to negotiate for a fair return for the work we do. Unions remain the most effective means for working people to stand together and achieve wage growth and keep good jobs in the U.S. If you don’t ask for your fair share you’ll never get it so join a union and start asking,” Shelton said.