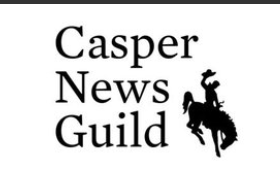 Feb. 7, 2018 – A majority of the newsroom staff of the Casper Star-Tribune, Wyoming’s statewide newspaper, filed cards with the National Labor Relations Board to begin the process of forming a union, the Casper News Guild Organizing Committee announced on Feb. 6.

The Star-Tribune was recently named the state’s best daily newspaper by the Wyoming Press Association, and newsroom staff holds the Star-Tribune’s local leadership in high esteem, the committee said.

“But our local leadership does not control how many journalists we have available for news gathering or our budget covering the city and state,” the committee wrote. Since 2002, the paper has been owned by Lee Enterprises, an out-of-state corporation that operates in 50 markets across 21 states.

“We appreciate some of the benefits of being part of a large media corporation,” the committee said. “However, Lee Enterprises’ obligations to its shareholders often clash with the interests of our readers in Casper and Wyoming, who rely on the Star-Tribune for vital news and information.

“Organizing the newsroom is our way – as journalists dedicated to the communities we cover – to strengthen the local control over Wyoming’s largest media organization.

“Negotiating a collective agreement for the Star-Tribune’s newsgathering staff will allow us to create more stable reporting jobs in Wyoming, attract more experienced journalists and incentivize them to stay longer. It will also allow us to have a voice in the event of future layoffs or cost-cutting measures. Finally, it will enable us to speak directly to our readers so that any business decisions by Lee Enterprises that hurt Wyoming will not go unnoticed.

The committee recognizes the challenges facing the newspaper industry, “But we earnestly believe that investing in good journalism is the best way to both effectively cover our city and state and find financial success as a media organization.

“We are eager to complete the election stage of this process and sit down at the table with Lee Enterprises to negotiate a deal that maintains and improves the product we offer to the state of Wyoming while strengthening the company.”