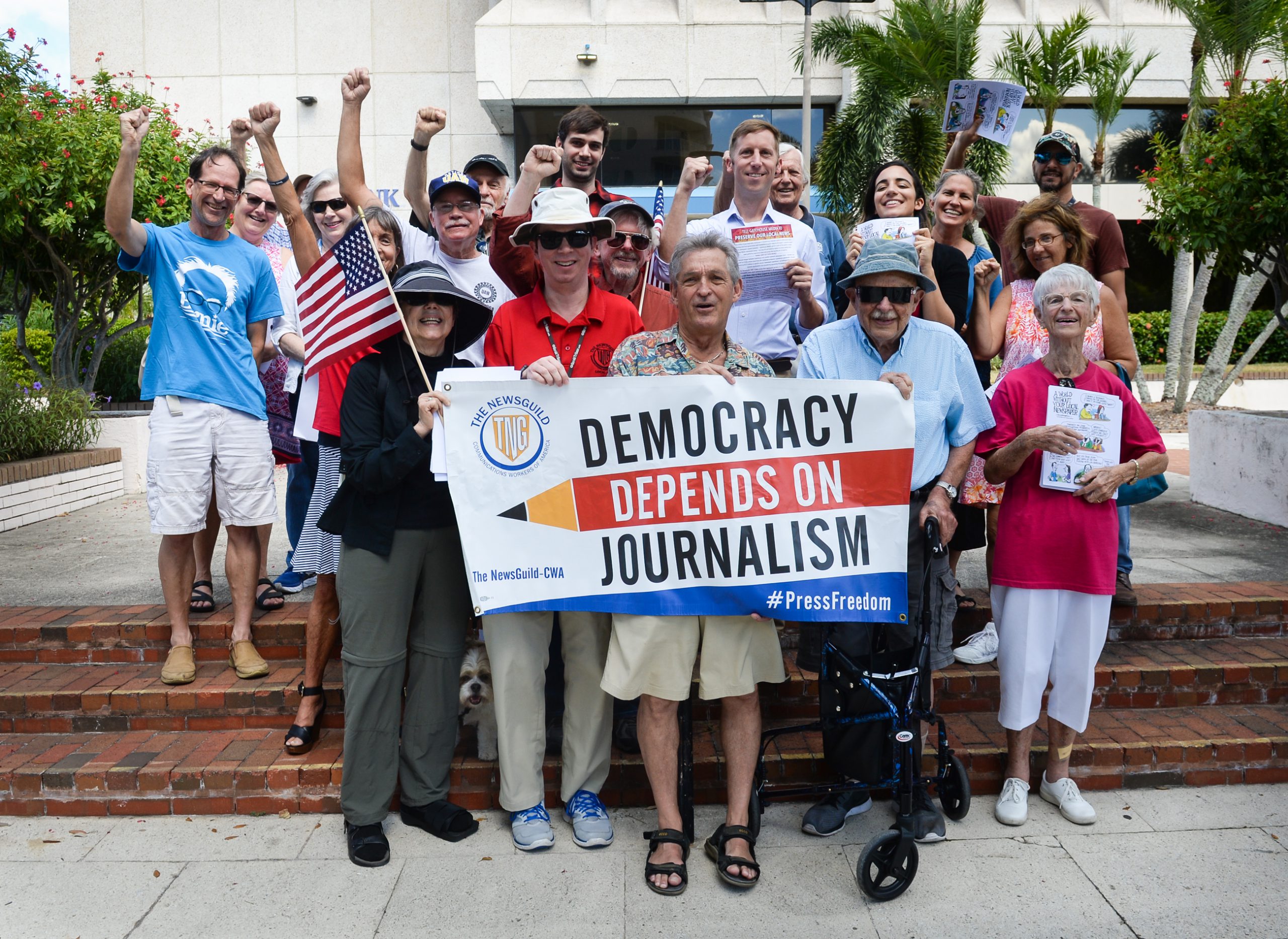 Oct. 10, 2019 – The NewsGuild-CWA is takings its campaign to “Preserve Local News” to readers on Thursday as it distributes flyers outside more than 50 GateHouse newspapers across 14 states.

The flyers decry GateHouse Media’s aggressive program of layoffs and cost-cutting as the company prepares for a potential merger with the Gannett Corp. GateHouse says there will be up to $300 million in additional cuts and “synergies” following the merger.

“The cuts will result in massive layoffs, and they will severely damage the newspapers’ ability to function as a watchdog over local governments and institutions,” NewsGuild President Bernie Lunzer said. “They will drastically curtail the papers’ ability to tell the stories of their communities.”

Flyers will be distributed at papers that employ workers represented by The NewsGuild and those without union representation. A list of the locations where leafleting will occur is available here.

“When journalism suffers, communities suffer,” Lunzer said. “We have seen far too many newspapers savaged by GateHouse cutbacks already. We intend to stand up for quality journalism and to work with readers to do so.”

Photo: Outside the SunTrust Building, where the Sarasota Herald-Tribune newsroom is located, NewsGuild-CWA members  rally to preserve local news. Photo by Daniel Wagner.