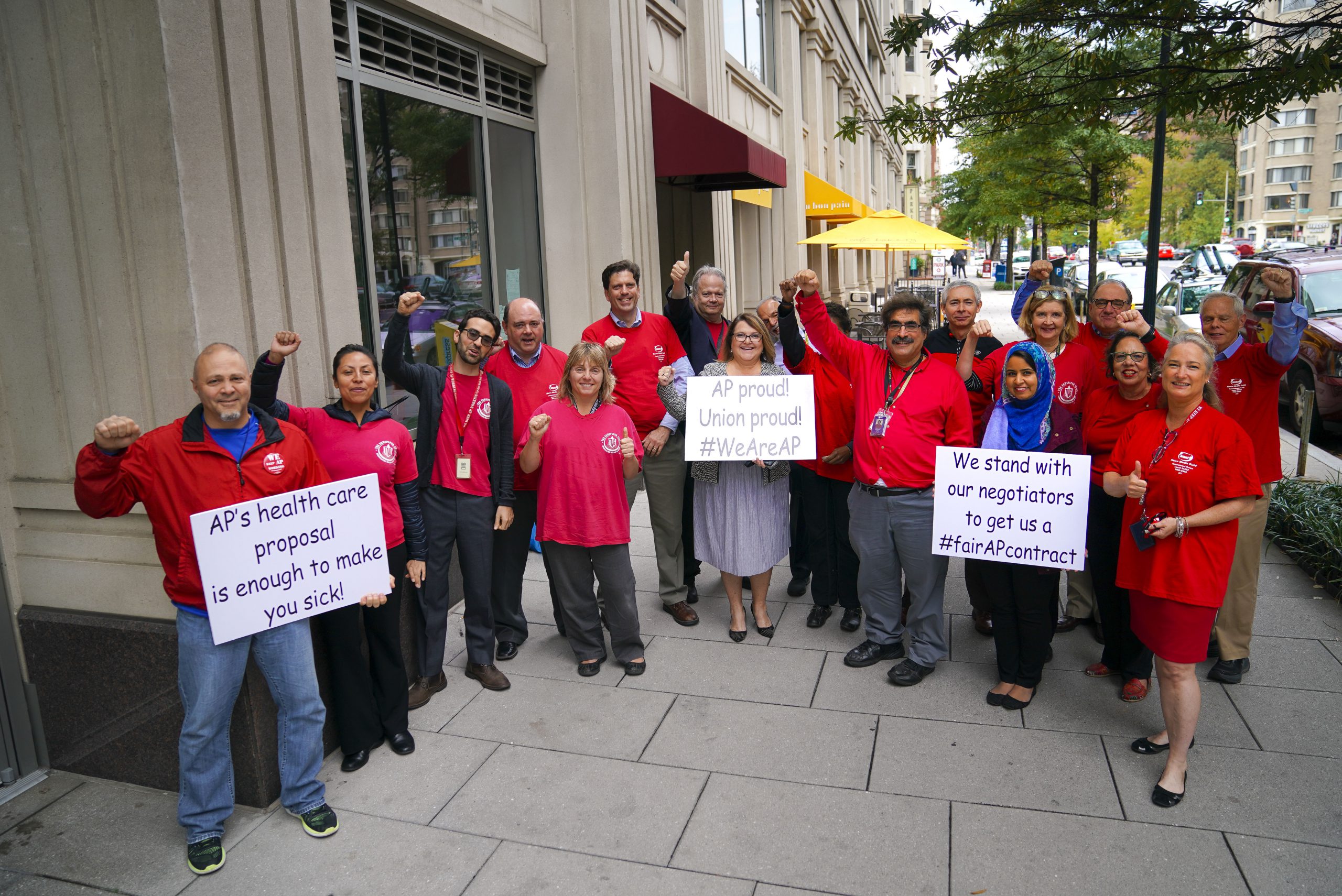 Feb. 22, 2018 – When a small gray car pulled up in front of the building that houses The Associated Press Washington Bureau in November, the red-shirted crowd on the sidewalk roared and held up signs, including a favorite: “AP’s health care proposal is enough to make you sick!”

The local has been mobilizing members to support their negotiators since contract talks began last August. In October, they greeted managers and Guild colleagues outside a dinner organized by the AP. In February, they conducted a social media blitz featuring red balloons and comments from Guild members.

The biggest sticking point is AP’s proposal for steep increases in employees’ contributions to health insurance costs — an issue that Guild negotiators are resisting. Guild member Justin Myers, an AP data team member, created a calculator that allows staffers to figure out their own premium increases under the company’s proposal.

Job security language and the company’s policy on transfers are also major topics of concern.