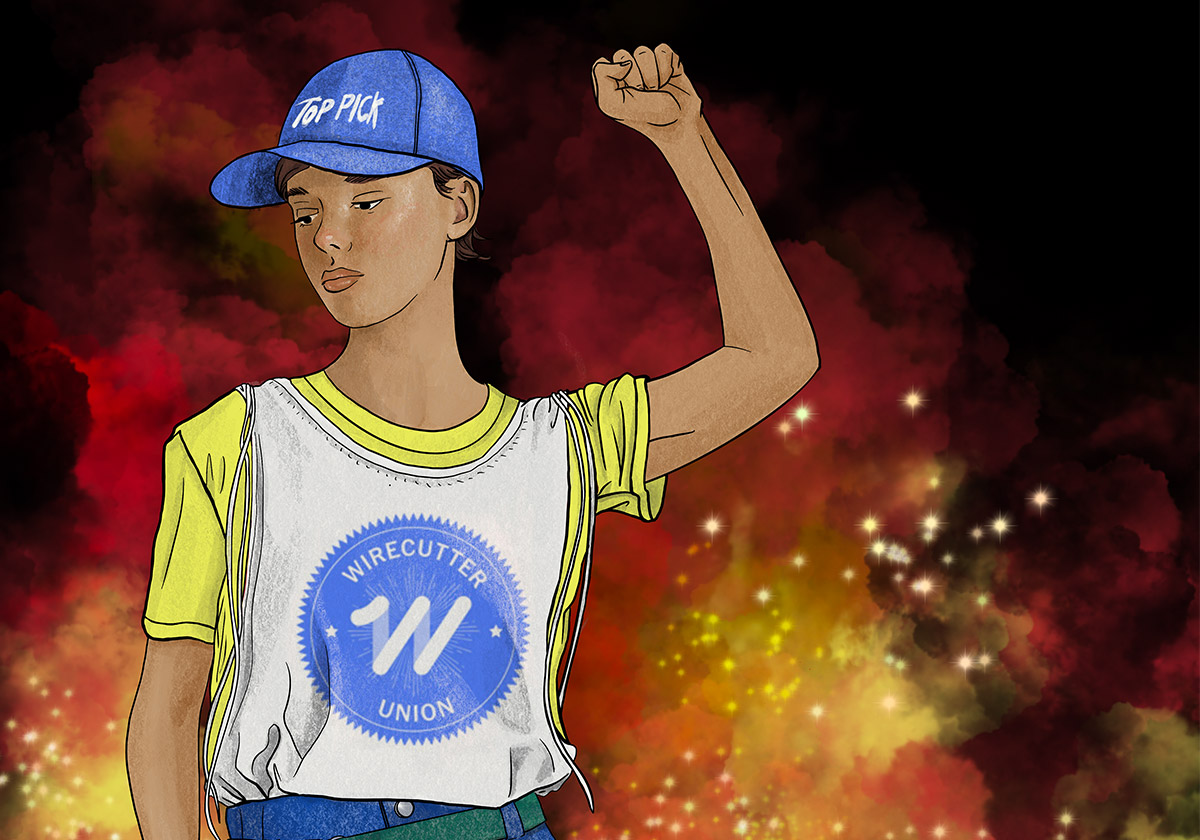 There’s no denying it: 2021 was a bang-up year for NewsGuild union organizing. Journalists, staffers at nonprofits and employees of publishing houses stood up in record numbers and demanded a voice at work.

In all, 2,128 workers fought for and won union recognition at 42 new workplaces.

But the numbers don’t tell the whole story. NewsGuild members embraced a new sense of empowerment, engaging in increasingly militant actions when management stalled, violated labor law or refused to bargain. 2021 was the year of workers demanding more respect and NewsGuild members played an active part.

Throughout 2021, the Guild focused attention on organizing across the nation’s biggest chains, such as Gannett, Tribune, McClatchy and Lee Enterprises. NewsGuild workers fought for proper overtime pay, a legit mileage rate, company cell phones. They also fought to protect jobs, defend local news and keep predatory hedge funds at bay. Organizing together is how we build our power and raise our standards.

We made big legislative strides in 2021, like expanding the Paycheck Protection Program to save thousands of jobs and winning bipartisan support for the Local Journalism Sustainability Act to further invest in local news jobs.

We continued the fight for pay equity and won contract language that will increase diversity in the workplace at several sites.

And we launched an ambitious training program for stewards, member organizers and activists. You can always find upcoming training on our calendar.

But there’s still so much to do! Faced with an unforgiving pandemic, assaults on democracy, the near collapse of local news, and the persistence of owners who put profit over providing the news coverage our readers deserve, we will need to up our game in 2022!