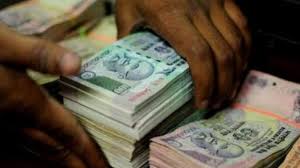 (Updated June 1) May 31, 2017 – Workers at 16 publications owned by the New Media Investment Group – the parent company of GateHouse Media – won a stunning victory on May 25, when shareholders voted overwhelmingly in favor of a proposal offered by the NewsGuild-CWA’s St. Louis-based local, the United Media Guild.

The United Media Guild’s proposal, which seeks to establish annual elections of the company’s board of directors, won an astounding 83 percent of the vote. A large majority of shareholders – 64 percent – also “withheld votes” in the re-election of board chair Wesley Edens, indicating a lack of support for his leadership.

The balloting was interpreted as a repudiation of the company’s strategy of aggressive acquisition of publications, followed by aggressive cost-cutting in newsrooms.

According to information provided by the New Media Investment Group, the company has purchased $735 million worth of assets in the last four years, said Jeff Gordon, president of the United Media Guild.

“It has also cut newsroom jobs and weakened the papers’ ability to produce quality news,” he said.

Staff reductions have occurred at the Columbus (OH) Dispatch, Providence (RI) Journal, Springfield (IL) Register, Lakeland (FL) Ledger, Erie (PA) Times, and Quincy (MA) Patriot Ledger, Gordon pointed out. And the use of “shared services” among the newspapers has led to the substitution of lower paying jobs at the Austin, TX, editing and design center, in place of higher-paying positions at the local papers, he said.

What typically happens when GateHouse Media purchases a paper can be seen in the example of the Columbus Dispatch. When GateHouse Media purchased the paper in 2015, the new owners announced plans to make $10 million in cuts over two years. According to the Columbus Business Journal, several senior newsroom staffers accepted buyouts, and other newsroom positions remained unfilled when reporters left for other jobs. On Sept. 17, 2015, the Journal reported that an estimated 63 jobs would be cut from multiple departments, including its This Week community newspaper group, circulation and magazines. The Journal also reported that copy editors and page designers would lose their jobs in early 2016, when those functions were moved to GateHouse Media’s Austin, TX, design center. The Journal subsequently estimated that more than 20 newsroom jobs would be lost. In August of 2016, the Dispatch announced further job reductions when employees were offered voluntary severance packages. If enough employees didn’t volunteer to leave, layoffs were possible, the paper said.

“Journalists represented by the NewsGuild-CWA have not seen a pay increase in 8 to 10 years,” Gordon said. “Needless to say, this assault on the jobs and incomes of its employees has taken a terrible toll in terms of morale and has weakened the ability of local papers to produce quality news.

“At a time when newspaper publishers and employees must work together to promote the value of real news and find revenue solutions in a distressed industry, New Media has demoralized its workforce with an eternal wage freeze, constant layoffs, and a more hostile negotiating stance at NewsGuild-represented units,” he said.

“In our opinion, cost-cutting through headcount reductions has reached the point of negative returns.” The cuts maximized cash flow to pay dividends and finance acquisitions, but they diminished individual newspapers and undermined the enterprise overall, the NewsGuild asserted.

New Media’s buy-and-slash newspaper strategy has been great for Edens and Fortress, the company’s external manager, Gordon said. Fortress has collected more than $60 million in management fees and incentive compensation since it launched the company from the ashes of GateHouse Media’s $1.2 billion bankruptcy, he noted.

But the strategy has not been great for shareholders. Although it produced healthy dividends, it also drove down the stock price. “This accounts for stockholders’ unrest and for their interest in shaking up the board,” Gordon said.

The NewsGuild-CWA won support for its proposal by reaching out to top shareholders in the month prior to the vote, with letters announcing the proposal and defending it against a lengthy rebuttal by the company.

“Analysts are not enthused about the prospects of our company,” Gordon said, citing the May 11 analysis of Seeking Alpha.

“Take it from us – and we have been active in the news industry for 80 years – you cannot grow circulation with a product whose standards have been lowered,” he warned. “There are some great people at GateHouse, but they no longer have the resources to produce the quality product that increases circulation.”

Although the votes were non-binding, “the corporate governance community strongly urges companies to comply with the wishes of shareholders for both directors and for proposals,” said Tony Daley, a research economist with the Communications Workers of America, the parent union of the NewsGuild and the United Media Guild.

“The reporters, editors and other workers at these publications are determined to serve our communities and provide good, quality journalism,” said NewsGuild President Bernie Lunzer. “They have the support of the entire union.”

“It’s worth noting,” he added, “that journalism is thriving in many outlets across the country. “We hope the company’s shareholders will support our efforts.”