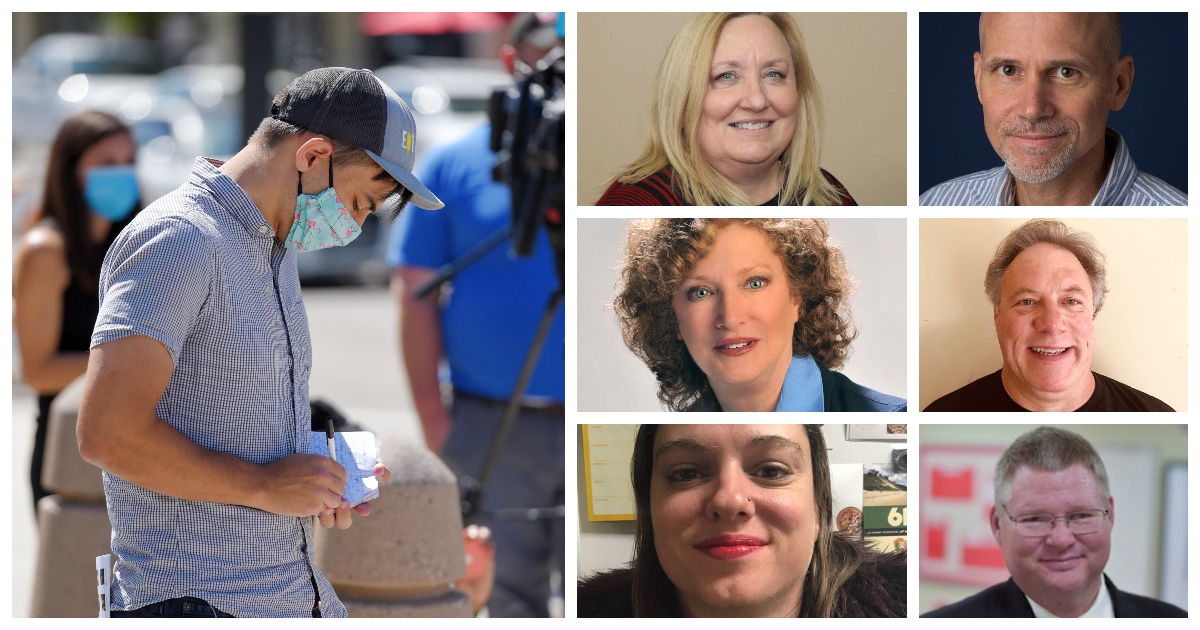 Aug. 6, 2020 – Readers called and emailed the Florida Times-Union over the past year with appreciation for the newspaper’s commitment to uncovering apparent secret deals behind the now-canceled attempt to sell the city of Jacksonville’s municipally-owned utility to a private entity.

Reporting by the Jacksonville paper’s staff was key to the decision to halt the sale of the electric, water and sewer utility known as JEA, according to council member Matt Carlucci. Times-Union stories also led to the firing of the JEA chief executive officer who oversaw the utility when it launched a sales process that occurred largely out of the public eye and could have resulted in millions of dollars in bonuses for top JEA officials.

It was an intensely local story, one that likely wouldn’t have been undertaken by The New York Times, Washington Post or “60 Minutes.” But details behind the potential multibillion-dollar sale mattered a lot to the taxpayers of Jacksonville, a city of 800,000 people, and the more than 400,000 ratepayers of JEA, the nation’s eighth-largest municipally owned utility.

Carlucci, a Republican and longtime State Farm Insurance agent, called the Times-Union “a watchdog for good government. We’ve got a great newspaper here in Jacksonville. It would be dangerous if we ever lost the newspaper.”

Carlucci is aware that the Times-Union and other newspapers around the country are struggling, and that the COVID-19 pandemic is making the situation worse. Staffers and publishers at many small and mid-sized papers say they strive to do good work but fear they are missing many potential stories that never get covered because of layoffs and furloughs.

From 2008 to 2019, a steep decline in revenues from print advertising amid the rise of Google, Facebook and other online services fueled a 51% drop in newspaper newsroom employment across the United States. The number of workers dropped from 71,000 workers to 35,000, according to the Pew Research Center.

So far this year, with the economic toll of COVID-19 taking hold, newsrooms at U.S. media outlets have announced 11,027 job cuts, up almost 170% from the 4,087 announced in the first half of 2019, according to the job-coaching firm Challenger, Gray & Christmas Inc.

“Newsrooms have had a rough few years, as revenues declined and consolidation in the industry decimated news teams,” Andrew Challenger, senior vice president of the company, said in a news release. “Coupled with a hostile environment for many journalists, news has become an increasingly difficult career path.

“That said, the importance of reporters and newsrooms that hold themselves to a high journalistic standard cannot be understated, especially during a global pandemic and a divisive election year.”

The rise of ‘news deserts’

Poynter Institute has reported that 50 U.S. newspapers, mostly weeklies in small communities, have closed since the COVID-19 pandemic began this spring. They are among the more than 2,100 newspapers — mostly weeklies and representing one in four newspapers — that have shut down since 2004, based on research on “news deserts” by journalism professor Penny Muse Abernathy at the University of North Carolina.

The Paycheck Protection Program that was part of the CARES Act helped many newspapers avoid what appeared to be an acceleration of downsizing and closures during the pandemic, but local news outlets owned by large businesses such as Gannett, Lee Enterprises and Tribune Publishing were blocked from taking part.

Legislation with bipartisan support, Senate Bill 3718, would expand the PPP to cover any news outlet, even those owned by large chains, if a physical location employs fewer than 1,000 workers for newspapers, or less than $41.5 million in gross receipts for broadcasters. The bill is supported by the NewsGuild-CWA, the nation’s largest labor union for journalists, and industry groups including the News Media Alliance and the National Association of Broadcasters, which has set up an online portal (bit.ly/SenateBillPetition) that citizens can use to email their senators.

Spokespersons for Gannett, Lee and Tribune didn’t respond to calls and emails asking their stance on the legislation.

The bill has raised questions about whether newspaper operators would compromise journalistic ethics by accepting help from the government. But for Muse Abernathy, “This is about the need to support the journalism that is so needed now.

“This is a business problem, not a journalism problem,” Muse Abernathy said, adding that a second round of PPP funding may be needed by news outlets that benefited from the first round.

“When you lose reporters and small dailies and weeklies, you’re actually losing someone who shows up to report on the school board meeting or county commissioners,” Muse Abernathy said. “When you lose reporters at regional and metro newspapers, you lose the people who are able to talk about a trend or conduct an investigation and give us the facts about an issue to make widespread policy changes at the state, national or local level.”

In Jacksonville, part of the Gannett chain, the Times-Union’s coverage sparked an ongoing federal investigation into the JEA sale fiasco. A letter to the editor from leaders of five unions that would have been affected by the sale thanked the Times-Union, its reporters and management, “and an engaged public that understood what we lose if we sell JEA.”

Because of the Times-Union’s coverage of the utility, “Our relationship with the community has never been as good,” said reporter Andrew Pantazi, chairman of the newspaper’s Guild unit. “This has really shown the value of having a newspaper.”

Added David Bauerlein, a Guild member and one of the reporters regularly reporting on the utility deal: “There’s no doubt that people have appreciated us pulling back the curtain.”

At the same time, though, readers have noticed thinner papers and less overall local news, Bauerlein said. “It would be a great thing to have some financial assistance to bridge the transition from print to digital, if Gannett would take advantage of the money.”

Pantazi said staffing in the Times-Union newsroom has been cut by more than half, through layoffs and attrition, since GateHouse Media purchased the paper just three years ago. GateHouse later merged with the current owner, Gannett, which has recently completed a round of furloughs that has cut the newsroom staff by one-fourth on any given day.

With a downsized staff in a metropolitan area of 1.5 million people, the paper has been hampered when it comes to in-depth coverage of issues such as the local impact of COVID-19, concerns about policing and the Republican National Committee’s canceled attempt to offer some GOP national convention activities in Jacksonville, Pantazi said.

A lifeline for ‘the only source of local information’

GateHouse was planning to close the 149-year-old paper when Bagley and his business partner, Chuck Davis, bought the paper in September 2018, Bagley said. The paper, slammed by a loss of event-related advertising during the COVID-19 pandemic in eastern Arkansas, received between $10,000 and $20,000 in forgivable loan funds, he said.

“The money helped us get through the worst of the pandemic,” Bagley said. “I think we’re going to be OK.”

Readers have appreciated the World’s coverage of everything from COVID-19 to Phillips County municipal governments and schools in print and on the paper’s website, Bagley said.

“We are the only source of local information,” he said.

PPP money “made the difference between laying people off and not laying people off” at the Adair County Community Voice, a weekly newspaper in Columbia, Kentucky, and The Farmer’s Pride, a statewide newspaper for the farming community.

That assessment came from Sharon Burton, publisher and founder of both publications.

The PPP funding preserved six jobs and ongoing coverage of the pandemic in print and online, Burton said.

“I believe we provide a very important service to our community,” she said.

‘We just get to what we can’

The Post-Tribune of Northwest Indiana covers Lake and Porter counties, with a total population of 656,000 people, with a staff of seven people — two news reporters, a metro columnist, two sportswriters and two editors.

The newsroom staff of the paper, owned by Tribune Publishing, totaled about 50 people in 2010, according to sportswriter Mike Hutton, the Post-Tribune’s Guild unit chairman.

Journalists at the paper, who also have experienced 25% pay cuts since April through furloughs, do their best but are frustrated, reporter Meredith Colias-Pete said. She focuses on environmental issues in the paper’s heavily industrial coverage area.

“We just get to what we can,” she said. “It’s really stressful. We’re hamstrung with the lack of resources. … The Post-Tribune has evolved over time because it’s had to. We just have to sit here and accept what we can and can’t cover.”

‘With the pandemic, there are so many potential stories’

Gary White, a veteran reporter at Gannett’s Lakeland Ledger in Florida, has a list of stories he would like to work on immediately but can’t because he’s too busy producing stories for the daily paper in Polk County between Orlando and Tampa.

“With the pandemic, there are so many potential stories, but we are limited because our staff is so small,” said White, the paper’s Guild unit chairman.

One of those potential stories, he said, includes COVID-19 outbreaks at local nursing homes that may be linked to inadequate state funding of the institutions.

The Ledger’s unionized newsroom staff dropped from 25 in 2016 to 12 currently in a county with a population of more than 700,000 people, White said.

When White was hired by the Ledger in 2002, the paper had almost 90 staffers in the newsroom, and the Ledger tried to cover 15 cities and towns throughout the county. With present staffing, the paper has pulled back so its municipal coverage focuses almost exclusively on Polk County, the city of Lakeland and one nearby community, Winter Haven.

“Who knows what we’re missing from these other communities,” White said.

‘You just don’t have enough bodies’

The Journal Star of Peoria, Illinois, has seen its newsroom staff dwindle from 32 people just two years ago to 11 journalists, mostly through layoffs by GateHouse and the current owner, Gannett.

“The constricted staff means much less of the newspapering that readers want, such as in-depth and investigative pieces,” said Phil Luciano, a reporter and columnist at the Journal Star since 1988 who is the newsroom’s longtime Guild unit chairman.

Despite the limitations, the staff is “rich with experience and thus excels, especially when there is big, breaking news,” Luciano said.

He said readers were captivated by the staff’s coverage of peaceful demonstrations, protests, property damage and looting in Peoria, a city of 111,000 people in central Illinois, in the days after the May 25 death of George Floyd at the hands of police in Minneapolis.

But readers have complained as the daily newspaper’s ability to do investigative or in-depth reporting dried up, he said. The newsroom staff’s frustration about that has grown, too. “It’s hard to even fathom doing something like that,” Luciano said.

“Even taking one week to work on a story — we just don’t have that at all,” Luciano said. “You want to be able to focus on the things that are really important, but you also have to fill the paper every day. You just don’t have enough bodies.”

Dean Olsen, a former NewsGuild unit chairman at papers in Peoria and Springfield, can be reached at (217) 836-1068 or olsen60@gmail.com.