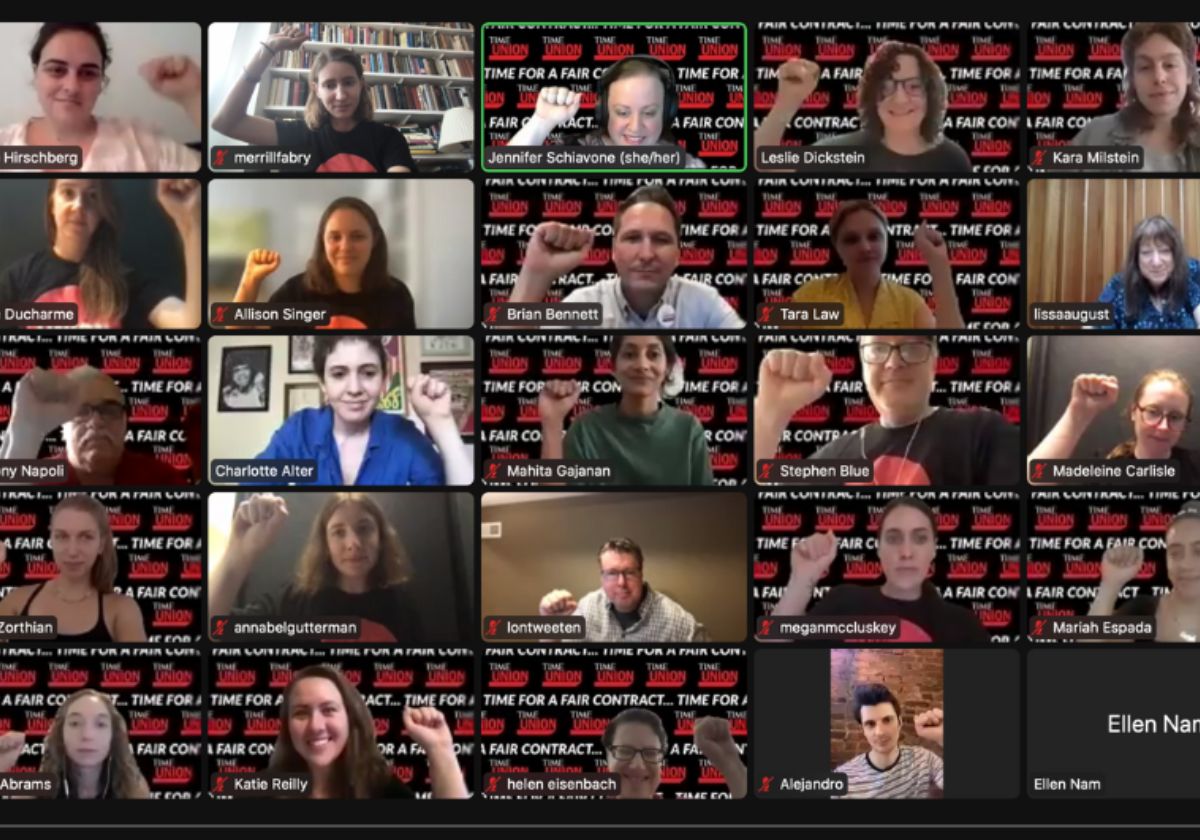 TIME Union members gathered for lunch in July to talk about their fight for a contract that will protect all newsroom employees.

This is the first contract that covers all TIME editorial employees — ending the divide between the print side of the magazine and the digital side and TIME for Kids. TIME digital and TIME for Kids workers organized in 2019; their print colleagues have been unionized for about 80 years.

“We spent years and years trying to erase that artificial divide,” said Jennifer Schiavone, the unit secretary who is a copy editor on the print side. “Journalism is journalism and we’re all doing it,” she said.

Unifying all editorial employees under the protection of a single contract will enhance workers’ power at TIME.

The contract also includes strong Equity, Diversity and Inclusion language, which will help ensure that staff reflects the world they live in and that the company invests in journalists from underrepresented groups. It also bans the use of nondisclosure agreements in cases of sexual harassment or discrimination.

“Everything we won is a testament to the solidarity of our newsroom,” Schiavone said.