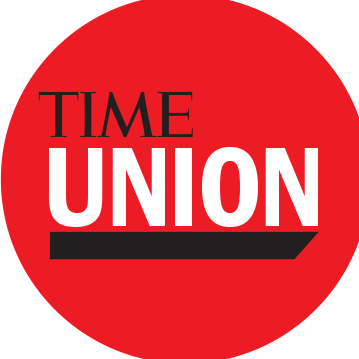 April 25, 2019 – Digital employees of TIME requested voluntary union recognition April 25, seeking union protection and equity with the magazine’s print employees. Although the publication has been represented by the New York local of The NewsGuild-CWA for nearly 80 years, the former owners of Time Inc. maintained an antiquated divide to keep employees they identified as “digital” out of the bargaining unit.

“For years, the publication has operated as a two-tier system, whereby the print staff has the protection of our Collective Bargaining Agreement and the digital staff does not,” said Leslie Dickstein, Unit Chair of the publication. “This is an artificial and outdated divide. We believe every worker at TIME deserves the benefits and protections of a union contract. We couldn’t be happier to stand with our digital colleagues in requesting voluntary recognition and joining us as Guild members.”

The employees of TIME have endured several leadership changes in recent months: In early 2018, the parent company, Time Inc., was sold to the Meredith Corporation. The magazine was then purchased by Salesforce chairman and co-founder Marc Benioff and his wife Lynne, a marketing consultant and philanthropist, for $190 million. The influential couple have publicly expressed their support for progressive policies, including those in the workplace.

“TIME’s digital workers are integral to its current success and relevancy as a news organization and will be a vital part of its future,” said Cady Lang, a TIME reporter. “What this comes down to is how some labor is valued more highly than others, a disparity that’s reflected in the job security, compensation and lack of diversity in our newsroom. We’re unionizing to help address these issues.”

“TIME’s video team is consistently recognized for its award-winning journalism,” said Joey Lautrup, an associate video producer at TIME. “This team, which helps bolster the publication across all mediums, has been and will remain a critical part of the publication’s growth. Given these contributions to the brand, it’s only fair that we receive protections alongside our Guild-covered colleagues.”

The workers released the following statement:

The future of TIME couldn’t be brighter, and we’re excited to work at this historic institution as it enters its new era. We’re especially excited because our new leaders — Marc and Lynne Benioff and Edward Felsenthal — described our newly independent company as a startup, “unshackled” from the constraints of our former owners. They encouraged us to determine the values that will guide us as we build a newsroom rooted in trust and equality.

So we did just that. An overwhelming majority of digital editorial staffers decided the best way to build that newsroom culture would be to join our print colleagues in TIME’s union with the NewsGuild of New York. We want the same protections and benefits as our print teammates, who support our effort. We want a seat at the table to work with management for more equitable salaries, improved benefits, and increased diversity in the workplace.

The arbitrary print-digital divide — a relic of the old Time Inc — only allows employees who can prove that they spend at least 30% of their time working on the print product to be members of TIME’s union. Despite this stipulation, there is no divide in our newsroom: every staffer works on both print and digital in one way or another, and we all work as one team to ensure TIME’s success across platforms. So why don’t we all receive the same benefits and protections?

TIME’s digital staffers — many of us women and people of color — are writers and reporters, video producers, audience strategy and digital production editors who make invaluable contributions to this company. We’ve produced impactful journalism. We’ve written cover stories. We’ve made award-winning videos and documentaries. We’ve worked on TIME’s biggest franchises, including Person of the Year, TIME 100, and Firsts. We drive significant traffic to our content. Vanity Fair reported that the “vision that the Benioffs bought into was about the digital-first transformation of a historic print journalism outlet; Time’s video growth, in particular, was also a big part of the sell.” That vision can’t be realized without us.

But as we’ve come together, we’ve discovered that digital staffers are paid significantly less than the market value of our work. Our salaries vary wildly across the board, even among staffers with similar job responsibilities. We don’t receive the annual cost-of-living raises that our print colleagues do. We are at-will employees who can be laid off at any time without the safety net of progressive discipline or guaranteed severance. Many of us were initially hired by Meredith or Time Inc. as “permalance” employees, expected to work full-time jobs for low wages and zero benefits. Our newsroom is not currently a reflection of the communities we cover; while we often write about marginalized people, we want to invest in their voices and their leadership. We’re unionizing to make sure our newsroom will take care of everyone.

Marc and Lynne Benioff want us to create a TIME that lives by its values and walks its talk. One of those values, according to Edward, is that our people are our most important asset. We agree. And that’s why we hope management will voluntarily recognize our union — and in turn, recognize that all of our people are essential to the success of this 96-year-old institution.