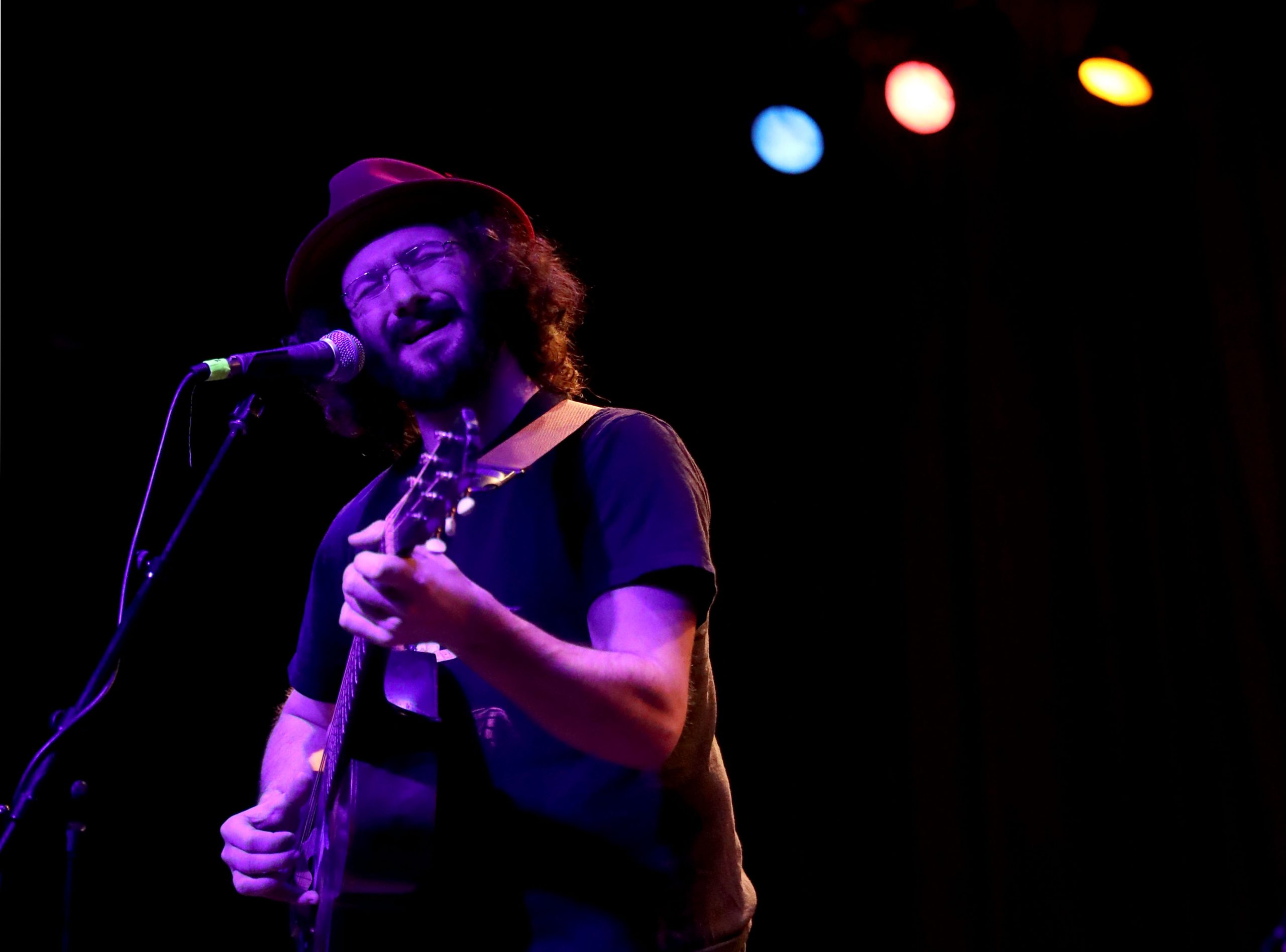 More than 450 music fans and supporters of the Plain Dealer unit of the Northeast Ohio Newspaper Guild-CWA, Local 1, attended a sold-out show at Cleveland’s popular Beachland Ballroom concert club on Saturday, Feb. 9.
The reason? The Concert for Truth, a benefit show organized by Plain Dealer music critic Chuck Yarborough, a Local 1 executive board delegate, as both a fundraiser and a mobilization effort. The concert’s intent was to help the unit raise funds and awareness in their fight against the outsourcing of their Pub Hub announced this winter, which will result in the loss of 24 Guild jobs. Also, the Plain Dealer may lay off more bargaining unit members after Feb. 28.

The show featured some of the biggest names in Cleveland music, including a headlining feature set by Cleveland troubadour Alex Bevan and Great Lakes legend Michael Stanley. Others on the bill included Dr. Joe & the Fabulous Squeeze Play Band, a true Cleveland bar band that caters to the blue-collar roots of the city; popular bluesman Austin “Walkin” Cane; alt-country singer Rachel Brown; folkie Diana Chittester; bassist Leonard DiCosimo, president of the Local 4 Cleveland Federation of Musicians; indie-rocker Brent Kirby; guitarist Ray Arthur Flanagan; and folk singer Charlie Mosbrook.  More than a dozen local artists donated their time, and Dave Spero emceed the show. Many also donated profits from the sales of any CDs and merchandise that night to the Guild.

In between acts, Guild members spoke to warm applause from the standing room only audience through the night. They educated the crowd on the outsourcing and union busting they are fighting against. In attendance were several members of other Guild papers, including the Toledo Blade and Pittsburgh Post-Gazette. Also in attendance were Local 1 President Edd Pritchard of the Canton Repository, along with several other Repository Guild members; Harriet Applegate, Executive Secretary of the North Shore Federation of Labor, AFL-CIO; former Local 1 President Dick Peery, a Plain Dealer retiree; and Jack Hagan and Harlan Spector, both former chairpersons of the Plain Dealer Guild unit.

All in all, the Guild raised more than $5,000 in ticket sales and the sales of a T-shirt designed by Plain Dealer artist and Guild member Andrea Levy. The experience of solidarity was priceless.