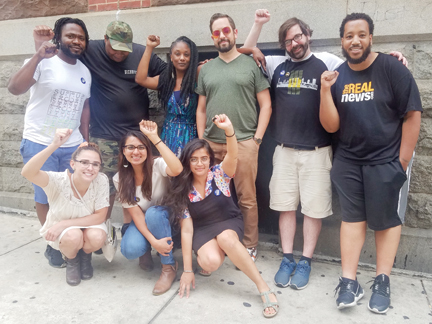 September 2017 – The NewsGuild has undergone a shift to a “culture of organizing” in recent years, Executive Vice President Marian Needham reported at a national union conference this summer — and it shows!

The staff of The Real News Network won voluntary union recognition in August, continuing a recent trend of unionization by workers in digital media.

The staff at the Baltimore-based progressive news organization is comprised of a diverse group of hosts, journalists, studio employees, and fundraisers. The 25 new members of the Washington-Baltimore Local said being part of the Guild is a natural extension of the principles that guide their work.