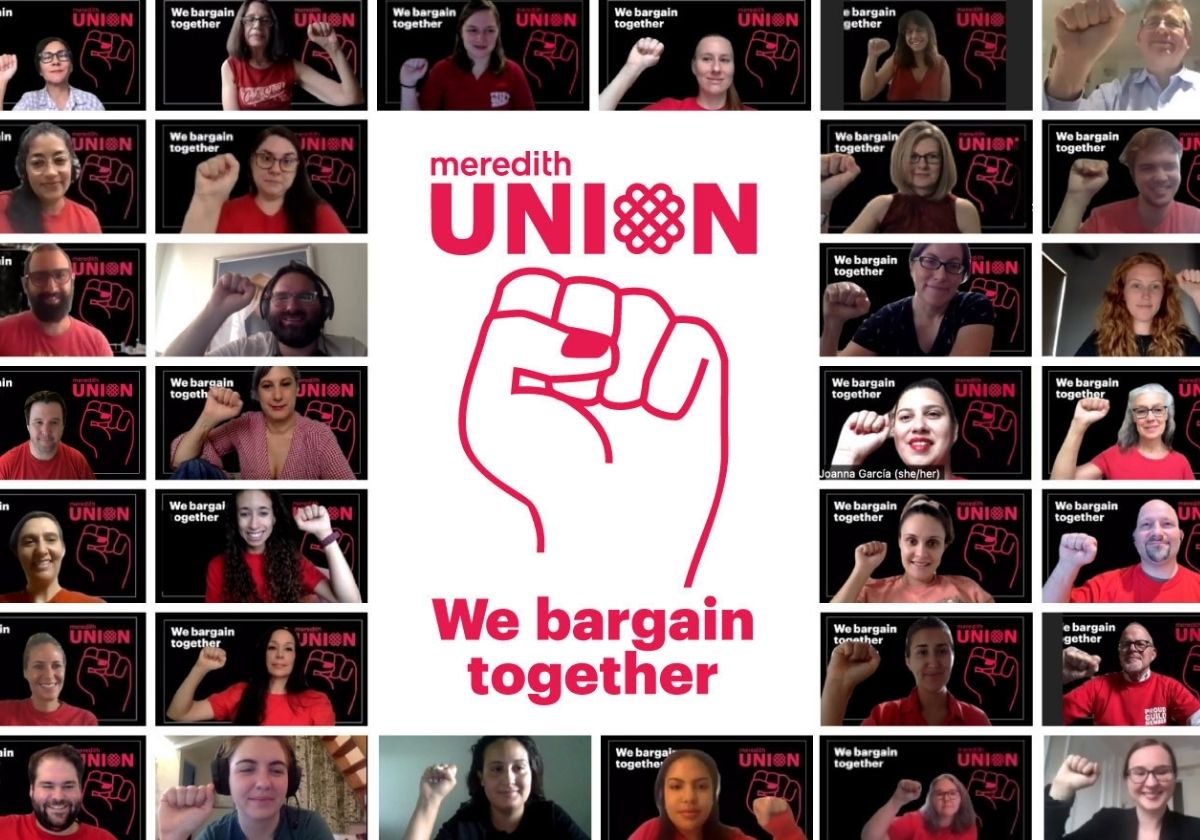 While dismissing a charge by the NY Guild, the agency gave workers a big win.

The National Labor Relations Board dismissed an Unfair Labor Practice charge by the NewsGuild of New York on Wednesday but upheld the union’s most important claim: Management has an obligation to bargain with the union over return-to-office plans and vaccine mandates.

The New York Guild filed the charge in September in response to unilateral moves by the Meredith Corporation to force employees back to their offices that month.

In reporting on the decision, the NewsGuild of New York Local 31003 said it has consistently demanded that employers bargain over return-to-office plans and implement rigorous health and safety standards in workplaces.

“Our position since the start of the pandemic has been unequivocal: employers must prioritize the health and safety of their employees and the community over hazy conceptions of workplace culture or their misgivings about empty, leased office space,” they wrote.

A resolution adopted by the local’s executive committee outlined a layered approach to bargaining on the issue that includes enforced vaccine mandates, voluntary return to offices, mandatory masking in common areas, and strong ventilation and filtration systems.

In August, a large majority of Meredith employees signed an open letter demanding that the company delay a mandatory return-to-office date indefinitely and engage in bargaining over return-to-office as part of a complete contract.

Meredith Union members packed bargaining sessions and bargaining committee members shared heart-wrenching stories about the personal losses and stress they experienced during the pandemic, including the loss of a beloved colleague at People Magazine.

Meredith repeatedly postponed their original September return-to-office date—first to October, then to November, and most recently to 2022.

In its Nov. 17 decision, the board said the evidence supports the union’s claim that the employer had an obligation to bargain with the union over the return-to-office and vaccine plans but concluded that the parties met on numerous occasions to discuss the matter and noted that the employer modified its initial proposal and revised the implementation date.

The board also said that Meredith’s return-to-office plan was not an established past practice that would permit the management to implement the plan without first bargaining with the union.

“We disagree with the Board’s determination on this point and strongly believe that the management’s brinkmanship and strong-arm tactics violate their obligation to bargain with us in good faith. As we’ve already shown, if this continues, we are prepared to and we will not hesitate to take additional action.

“Nonetheless, we are grateful that the Board has set the record straight, and put employers on notice that they must bargain over RTO. Hopefully employers across the country will take notice and come to the table to bargain with their employees over what is literally a matter of life and death.”

“In finding that no past practice existed giving the employer the right to make these changes, the Board supports our position that under the law, RTO is also a status quo issue,” the New York Guild wrote. “Management has no right to implement, and we are under no obligation to agree on returning to the office prior to your ratification of a complete agreement.”

“Status quo” refers to the legal requirement that where the parties have not yet bargained a first contract, the employer must maintain the existing terms of employment until an agreement takes effect.

“In the labor movement, we know that the best protection workers have is each other,” the New York Guild said. “As we hopefully begin emerging from this horrible pandemic, the NewsGuild takes seriously our responsibility to raise health and safety standards for all workers in our industry and beyond.”