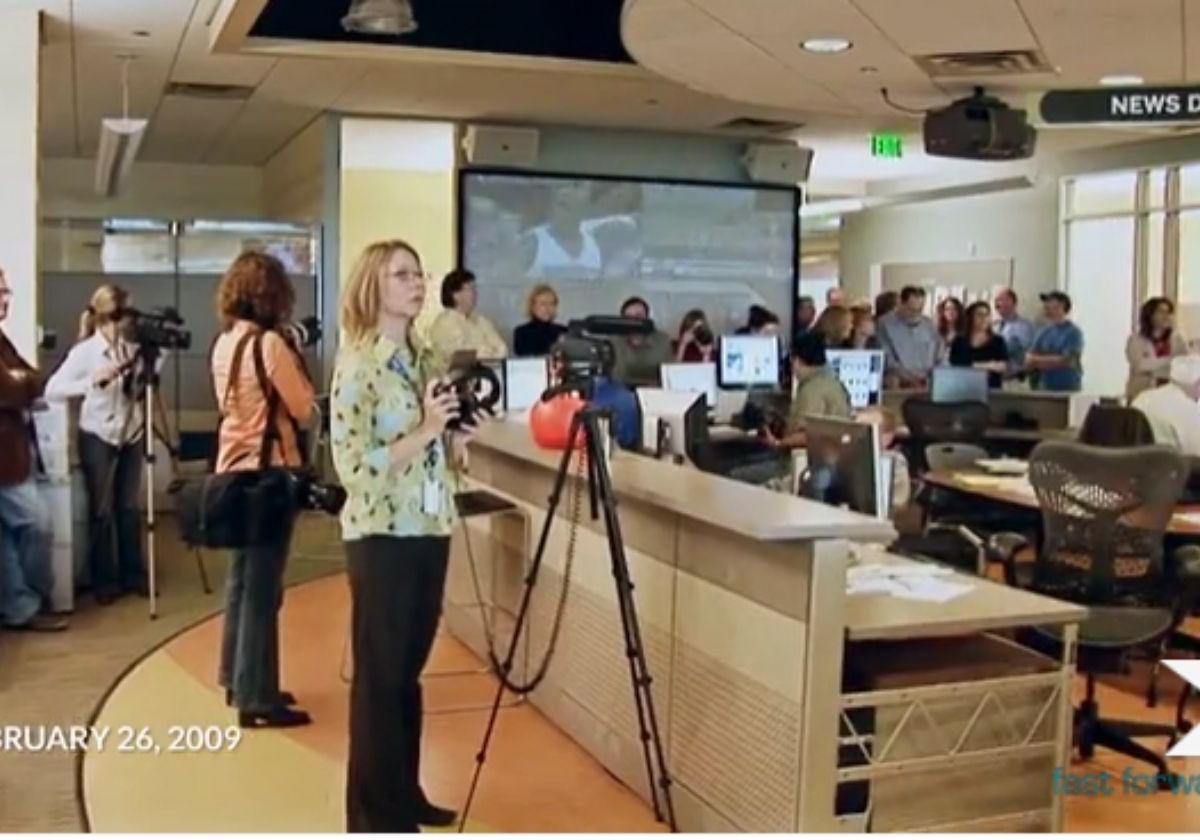 The NewsGuild will host a special screening on May 13 of News Matters, a new documentary by Emmy award-winning filmmaker Brian Malone about the 2018 rebellion at the Denver Post against Alden Global Capital.

Guild members can register for the exclusive showing here.

The film premieres as Tribune Publishing shareholders prepare for a critical May 21 vote on a bid by Alden to take over the company. The NewsGuild has called on shareholders to reject Alden’s takeover attempt.

Newsroom layoffs in 2018 sparked the Denver Rebellion, during which Denver Post editorial page editor Chuck Plunkett wrote an editorial titled, “As vultures circle, The Denver Post must be saved.” The editorial included links to stories on dfmworkers.org written by investigative reporter Julie Reynolds, who has reported for The NewsGuild’s DFM Campaign since early 2016.

NewsGuild members at the Post and other newspapers owned by Digital First Media — also known as MediaNews Group — have battled the hedge fund in a campaign now in its sixth year. That epic fight has turned a little-known hedge fund into an internationally known “destroyer of newspapers.”

Learn more about how NewsGuild members have fought — and continue to fight — to #SaveLocalNews from hedge funds like Alden.

Register to view the film here: You’ll receive a link to view the film during a 36-hour period beginning at 3 p.m. Eastern on Thursday, May 13. The viewing is limited to the first 500 members who register.

Learn more about Alden at dfmworkers.org.