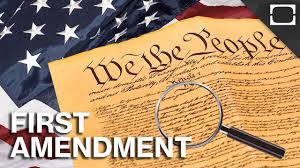 April 29, 2019 – The NewsGuild-CWA joined the Reporters Committee for Freedom of the Press and 31 other media organizations in filing an amicus brief in Gubarev v. BuzzFeed, a defamation action before the 11th Circuit.

The case arises from a January 2017 BuzzFeed article that published the “Trump-Russia dossier,” also known as the “Steele dossier.”

Specifically, it argues that New York’s fair report privilege applies to reports of unverified allegations that are part of official proceedings, protects reports on non-public official investigations, and protects reporting on documents subject, even in part, to government investigation.  In addition, the amicus brief argues that the context of BuzzFeed’s article provided a sufficient basis to extend the fair report privilege protection to the defendants.

“A resolution of this issue in Plaintiffs’ favor would significantly affect the ability of the journalists on whose behalf amici advocate to report on significant official proceedings, notwithstanding that they do so accurately and fairly,” the brief said. “Failure to recognize the proper scope of this privilege would stifle journalists’ ability to report on matters of the greatest importance by threatening them with liability for republishing newsworthy documents that are the subject of important governmental investigations. The ultimate loser of any such ruling would be the public.”