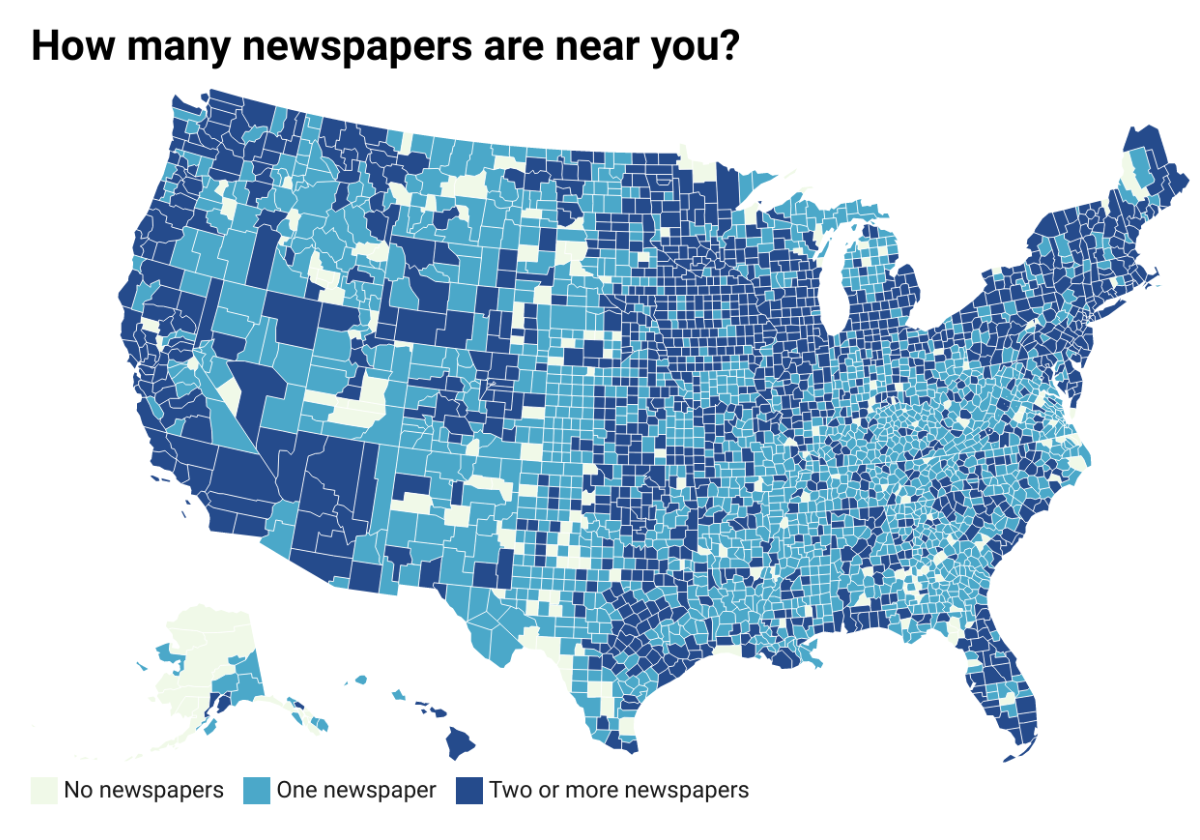 Local news is in trouble, according to the latest report by “news deserts” researcher Penny Abernathy.

And it’s deepening a crisis for our democracy and our society. “The loss of local journalism has been accompanied by the malignant spread of misinformation and disinformation, political polarization, eroding trust in media, and a yawning digital and economic divide among citizens,” the State of Local News concludes.

“In communities without a credible source of local news, voter participation declines, corruption in both government and business increases, and local residents end up paying more in taxes and at checkout,” the report says.

More than two newspapers are disappearing on average every week, according to the 2022 report. Since 2005, the U.S. has lost more than a quarter of its newspapers and we’re on track to lose a third by 2025.

“The largest chains control the fate of many of the nation’s surviving newspapers,” Abernathy says.

And the largest chains—most of which are either owned by or in debt to hedge funds, private equity groups or other investment firms—have been the most aggressive in buying and selling newsrooms and in closing unprofitable publications when they cannot find a buyer.

The NewsGuild continues to support the Local Journalism Sustainability Act, which would grant a tax credit of up to $25,000 to news organizations for each local journalist they employ—up to 1,500 employees—for the first year and $15,000 for years two through five.