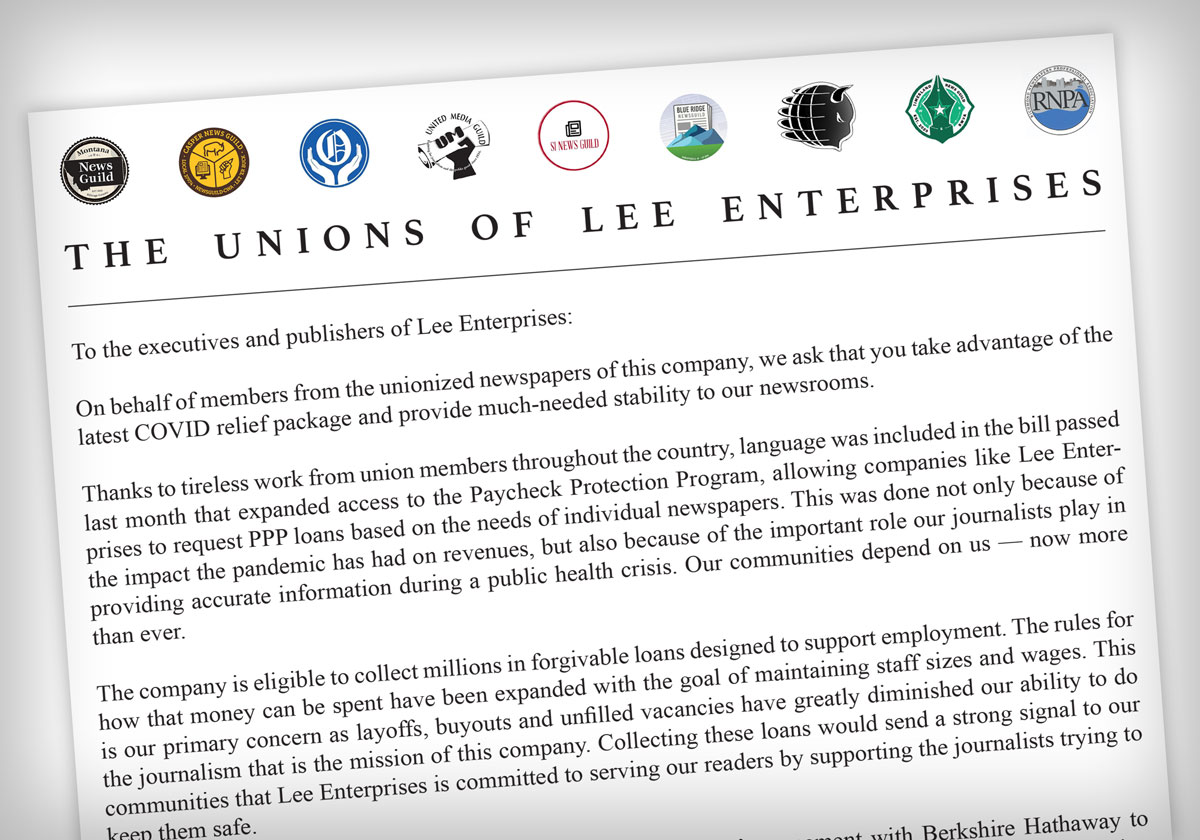 Union members at 10 publications owned by Lee Enterprises urged the company to take advantage of the latest COVID relief package to provide much-needed stability to their newsrooms last week.

The legislation, which was adopted in December, includes a NewsGuild-backed provision that allows companies like Lee to request forgivable loans through the Paycheck Protection Program. It expands eligibility for loans to newspaper companies with more than one location as long as the location doesn’t have more than 1,000 employees.

“This was done not only because of the impact the pandemic has had on revenues, but also because of the important role our journalists play in providing accurate information during a public health crisis. Our communities depend on us — now more than ever,” union members wrote in a Jan. 26 letter to management.

“Every local and unit should push their companies to take advantage of this program before time runs out,” said NewsGuild President Jon Schleuss.