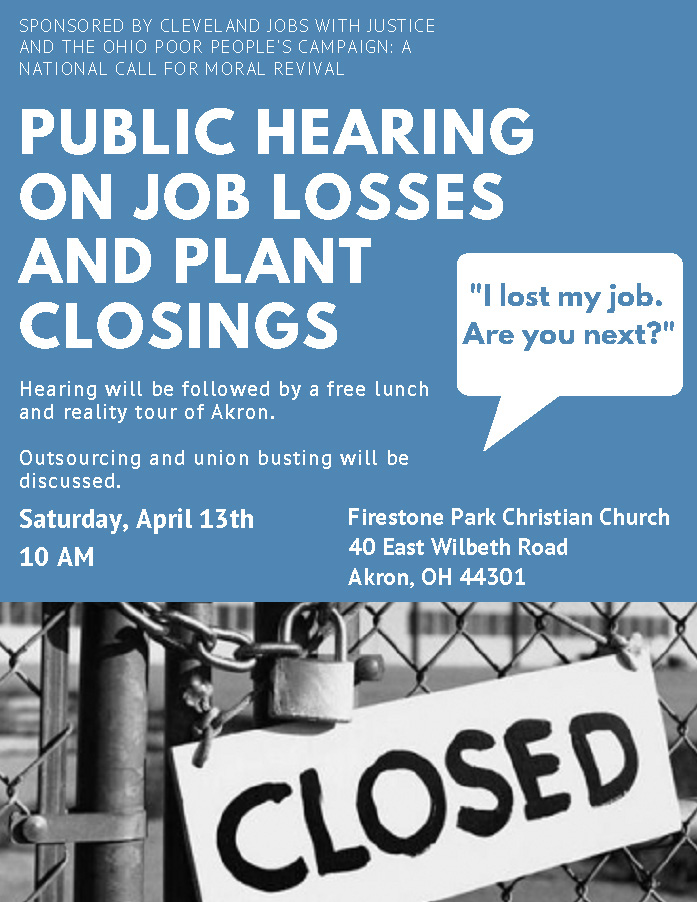 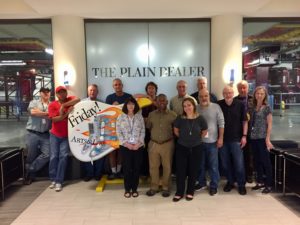 John Funk of the Cleveland Plain Dealer,  a nationally recognized expert on public utilities and energy pricing, is among the witnesses. Funk was laid off on April 1 by owner Advance Publications along with about a third of the Plain Dealer newsroom.

He’s a member of Northeast Ohio Newspaper Guild, Local 34001, a local of The NewsGuild-CWA.  He will be joined by fellow Communications Workers of America members facing cuts at AT&T and United Auto Workers members devastated by the closure of the GM plant in Lordstown, Ohio.

A written statement from the Northeast Ohio Newspaper Guild said The Plain Dealer is planning in May to outsource 20 union editing and design jobs, along with those of their managers.

“This means the end of local journalists handling the editing, design and illustration of Ohio’s largest newspaper,” the Guild said.

With the April layoffs, The Plain Dealer lost more than 475 years of vital institutional knowledge about the community in a single day, the Guild said.

Ginger Christ, The NewsGuild’s Plain Dealer unit chair, was quoted in the weekly Cleveland Scene magazine as observing that the paper can’t effectively “cut its way to profitability.”

The NewsGuild-CWA is the largest union of journalists in the country, representing more than 20,000 reporters, photographers and other communications professionals in the U.S., Canada and Puerto Rico. The NewsGuild is part of the Communications Workers of America, one of the biggest and most active labor organizations in the country.