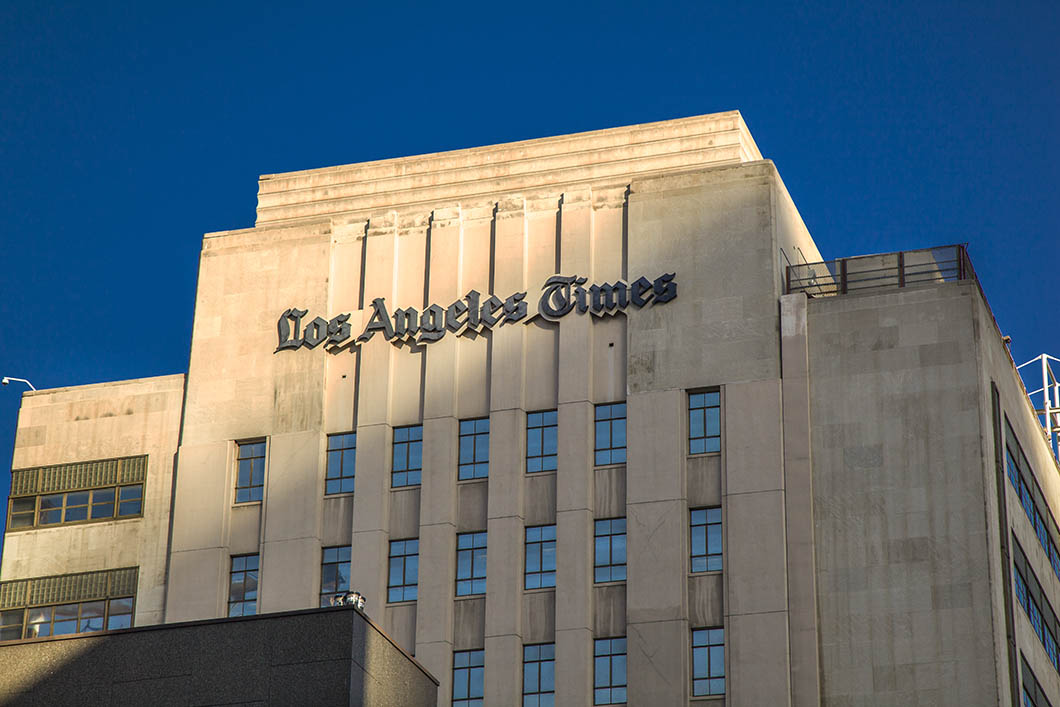 A majority of the newsroom has already signed cards supporting representation by The NewsGuild-CWA, the Los Angeles Times Guild organizing committee reports. The committee “looks forward to gathering more signatures in the weeks ahead.”

“Our supporters are award-winning journalists across every department who have dedicated — and at times, risked — their lives to serve our readers and to better inform our city, state and country,” the committee wrote in a letter left on the desks of newsroom employees on the evening of Oct. 3.

“Unfortunately, producing this kind of journalism has gotten harder,” the letter said.

“Yearly raises have become a thing of the past. Talented journalists who want to build careers here have left for better pay and opportunities at other news outlets. We have few job protections at a time of high uncertainty in our industry. Our benefits cost far more than they used to.”

The first is to maintain benefits and conditions workers value and protect them from unilateral changes by Tronc, the paper’s parent company. Last year, Tronc instituted widespread layoffs and abruptly changed the vacation policy.

The second is to negotiate improvements to pay, benefits and working conditions, including:

“Working together, we can fight for a better and more equitable workplace,” the committee said.

“Help us make history and keep doing the work that made the Los Angeles Times one of the most respected names in journalism,” the letter said.

After learning of the organizing drive, which began last year, management distributed anti-union fliers and held meetings with employees warning them of alleged dire consequences if they formed a union.

“The outstanding journalists of the LA Times deserve better,” said NewsGuild President Bernie Lunzer. “We intend to support them in every way we can.”