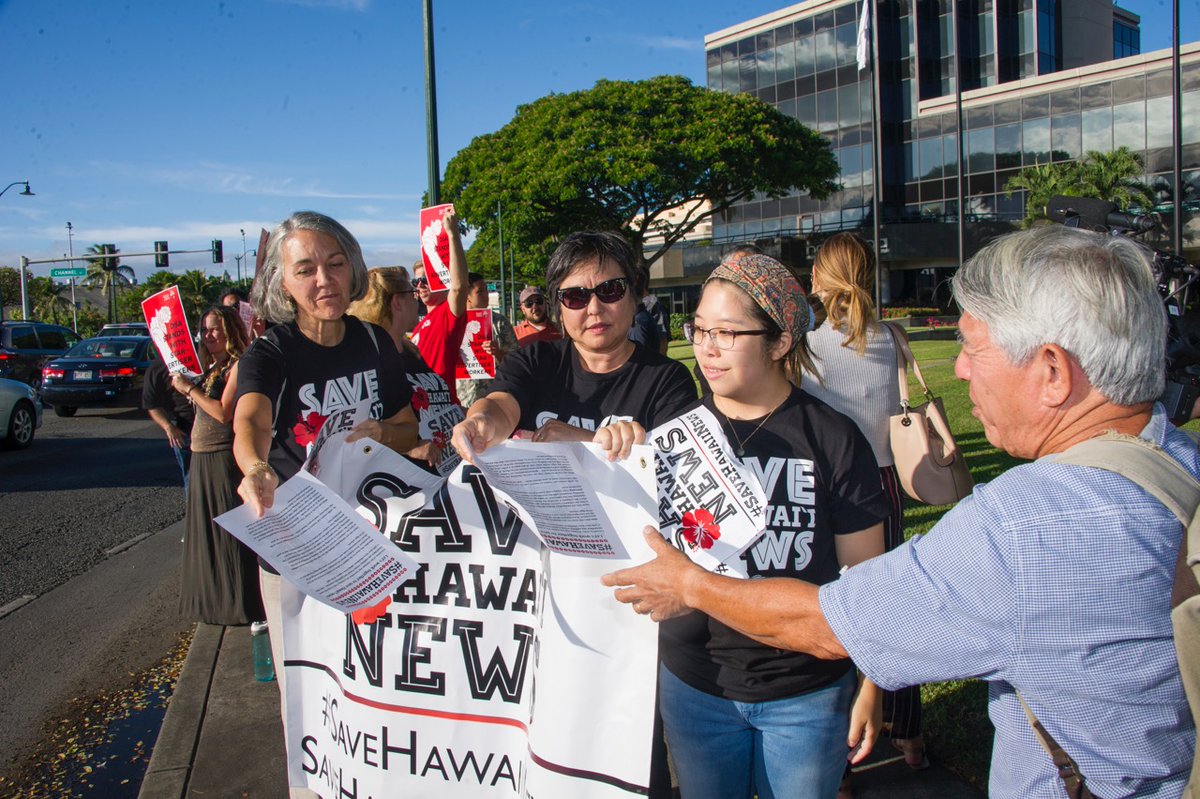 Oct. 27, 2017 – Employees of the Honolulu Star-Advertiser rallied to “save Hawaii news” on Oct. 26, protesting layoffs at the paper and the devastating effect they will have on news coverage. Sign their petition.

Management has eliminated more than 25 jobs in the last year – approximately one quarter of the newsroom staff.

“The company is making these cuts, but is not denying it is profitable,” says Brad Sherman, Pacific Media Workers Guild’s Hawaii vice president. Oahu Publications, which operates the paper and several others throughout the islands, is a subsidiary of Black Press, which is based in Canada.

The paper’s readers will suffer as a result of the drastic staff cuts, Sherman says. “It will be harder for residents and businesses to keep up with what their local government is doing; there will be fewer features about the community; coverage of the vibrant entertainment scene will be reduced, and local sports coverage – from the pros to the University of Hawaii to high schools – will be decreased.”

Instead of investing in good journalism in Hawaii, the union believes Black may be seeking to build a potentially dangerous tar sands oil refinery in British Columbia, Canada.

Reporters, photographers and other newsroom employees were joined by supporters among the paper’s readers at the protest outside the company’s office.