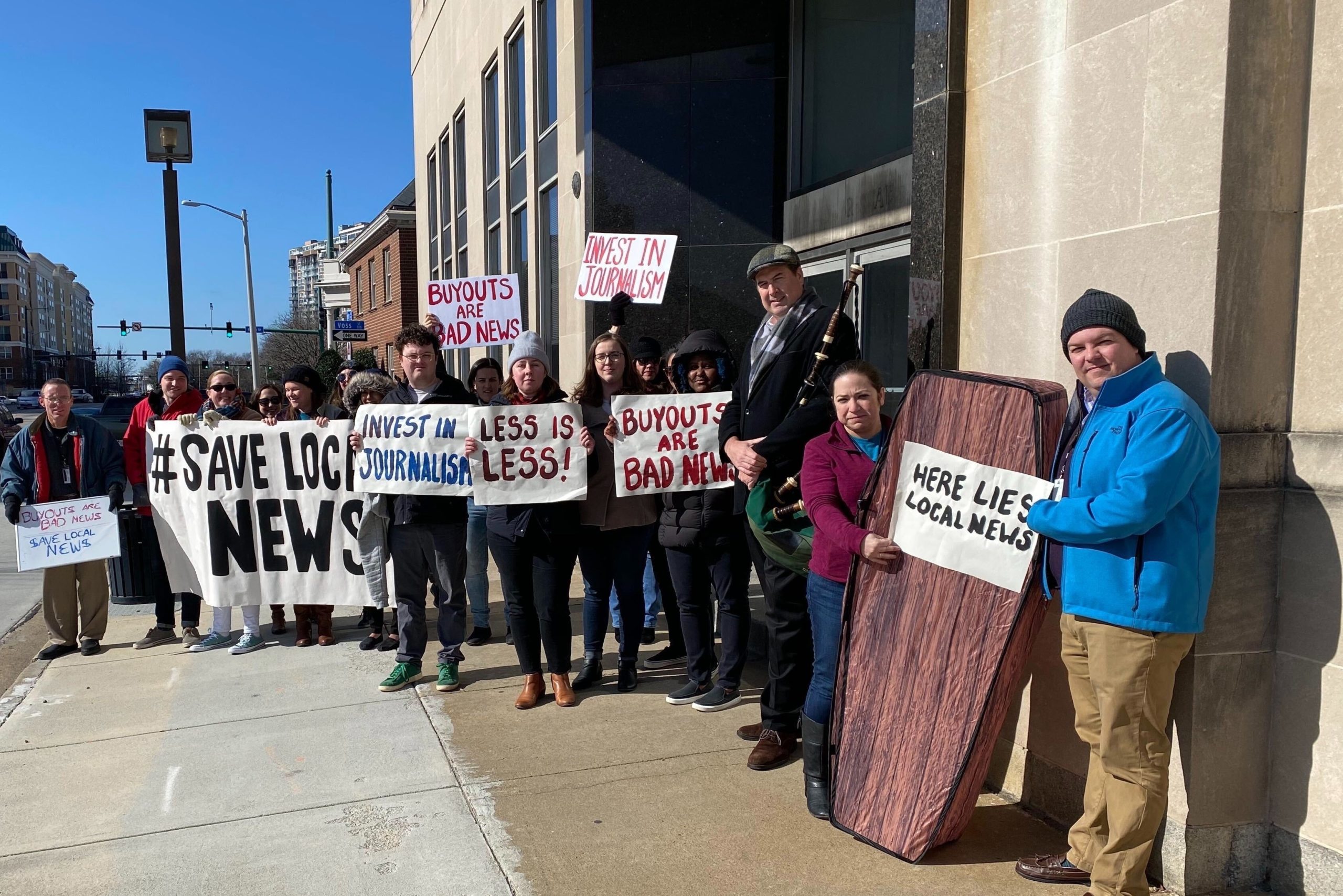 June 30, 2020 – NewsGuild journalists representing 10 Tribune Publishing Co. publications across the country are launching a collective campaign to return these institutions to local ownership.

In a sweeping vote of no confidence in Tribune’s current leadership, NewsGuild members at publications including The Capital Gazette, The Chicago Tribune, The Hartford Courant, The Morning Call, The Orlando Sentinel, The Virginian-Pilot and more are seeking local investors who recognize that local newspapers are vital community institutions.

These campaigns will run parallel to The Baltimore Sun Guild’s Save Our Sun campaign, launched on April 28.

The NewsGuild campaigns, launched individually in seven cities today, are aimed at finding investors to buy the papers and building relationships with those interested in saving local news through new ownership models. “We hope our actions will encourage an end to an industry consolidation that has left our country’s newspapers in the hands of a few large corporations and hedge funds,” they said in a press statement.

Under Tribune Publishing’s leadership, newsrooms have seen their ability to cover their communities decline year after year. The company’s executives continue to fill the wallets of stockholders and grow their own golden parachutes while scores of veteran journalists are laid off or bought out, prioritizing corporate payouts over community coverage.

Alden Global Capital, a New York hedge fund with a record of voracious cost-cutting to boost profit margins, can increase its stake after June 30. Alden now has two of six seats on the board. We fear a further reduction in staff if Alden takes full control.

Alden has a well-documented history of buying newspapers, loading them with debt, slashing staff and selling off assets, extracting profits while the papers are left to bleed out. Control under Alden puts journalists’ ability to tell the important stories of cities like Annapolis, Chicago, Hartford, Allentown, Orlando, and Norfolk more gravely at risk.

“These cities will be better served by local ownership, including not-for-profit models, who share our vision of serving our communities with a vibrant newspaper,” said Phil Davis, a reporter for The Baltimore Sun and a NewsGuild steward. “We hope to build a future in which profits are reinvested back into the newsroom.”

The campaigns build on a foundation laid by the Baltimore-Washington News Guild. In Baltimore, the Abell Foundation, the Goldseker Foundation and Ted Venetoulis, a former Baltimore County executive, have stepped forward to express interest in buying the paper. Within three weeks, more than 6,000 people including a broad range of community leaders signed onto the campaign to help Save Our Sun.