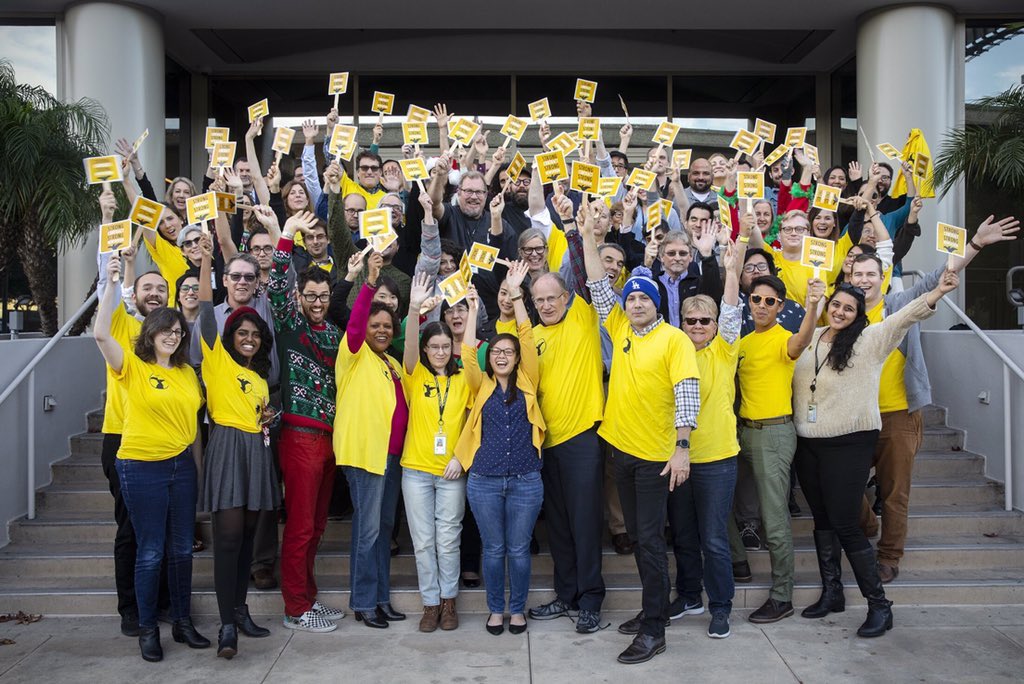 Nov. 12, 2020 – The journalists of the Los Angeles Times have won a victory for pay equity: Owners of the Times and Tribune Publishing agreed to pay $3 million to settle a class-action lawsuit alleging that women and journalists of color were paid less than their white male counterparts. The settlement was announced Tuesday.

The L.A. Times reported that all Black and Latino reporters, copy editors and line editors employed at the Times from Feb. 14, 2015, to Oct. 26, 2020, could receive a portion of the award. All women who worked as reporters and editors during that period will be covered. The group includes nearly 240 current and former employees.

Tribune Publishing is a party to the settlement because the company, then known as “tronc,” owned the L.A. Times until June 2018, when it was sold to Patrick and Michele Soon-Shiong. Neither company admitted any wrongdoing.

The dispute originated in early 2018. “Frustrated by years of mismanagement and stagnant pay, the newsroom voted to join the NewsGuild,” the L.A. Times’ Meg James reported. “The Times’ nascent guild demanded that Tribune provide salary data for newsroom employees.

“The data confirmed long-standing suspicions that the salaries of women and people of color lagged behind that of white male colleagues,” said Pulitzer Prize-winning reporter Bettina Boxall, who became the lead plaintiff in the class-action lawsuit, told the paper.

Although @LATGuild did not have “standing” in the suit, the journalists released a report in April 2018, showing that on average women of color at the Times made less than 70 cents for every dollar earned by a white man.

The workers fought for and won a first contract in October 2019, mandating the company to interview at least two candidates who are women or workers from traditionally underrepresented groups. They also set pay minimums for all newsroom positions and limited the company’s ability to subcontract out work.

“This is a huge win for every worker,” said Jon Schleuss, a former Los Angeles Times data and graphics reporter who became national NewsGuild president in December 2019. “Every union has the obligation to fight against pay inequities and workers have the tools to do it.”

The NewsGuild has been exposing and fighting pay discrimination in newsrooms across the country for years, releasing pay studies that reveal disparities in pay for women and journalists of color.

“We won’t stop fighting until companies realize that they can’t treat workers differently because of race and gender,” Schleuss said.