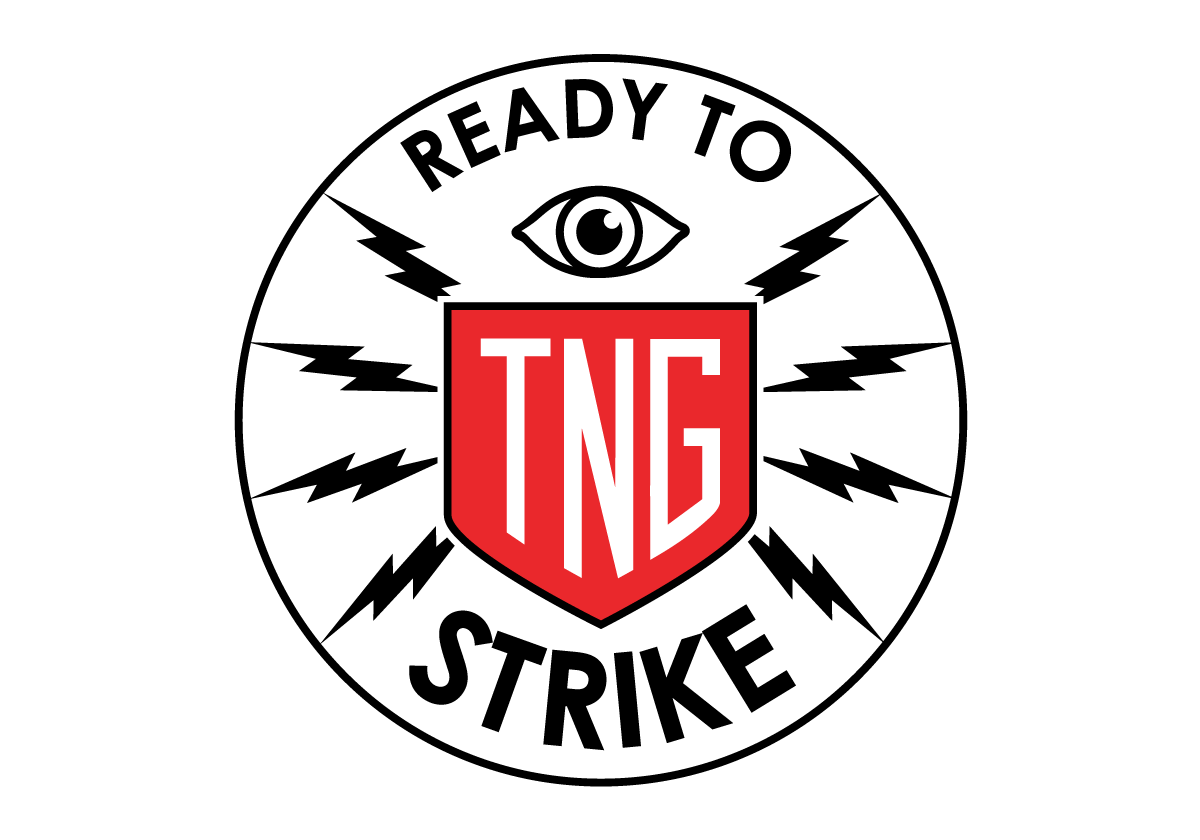 A supermajority of journalists from The Desert Sun, Arizona Republic, and 12 newsrooms in New Jersey and New York including the Record, Asbury Park Press and The Journal News are walking off of the job today in protest of Gannett’s austerity measures which are devastating local news around the country.

This is the biggest coordinated action from union employees after Gannett laid off 3% of its staff in August, announced more cost-cutting measures in October, and follows a day after the release of their Q3 earnings report

NATIONAL – Over 200 union journalists across 14 Gannett owned-newsrooms from New York and New Jersey to Arizona and Southern California collectively walked off the job for a one-day strike today. Hundreds more across various other Gannett newsrooms in Austin, Florida, Ohio, Milwaukee and elsewhere are taking a coordinated lunch-time walkout or staging visible pickets in their city in solidarity with their colleagues who are out on strike.

This action is in response to the company laying off 400 employees and cutting another 400 open positions in August, which represented 3% of staff, followed by additional cost-cutting austerity measures announced in October which included furloughs and cuts to the 401k plan. These devastating cuts to local newsrooms come on the heels of Gannett  announcing a $100M stock buyback program for shareholders in February, directing critical funding away from local newsrooms and to rich shareholders.

Last month, the Economic Policy Institute reported that CEO pay has skyrocketed 1,460% since 1978 and the average CEO is paid hundreds of times as much as a typical worker in 2021. Gannett is no exception. Gannett CEO Mike Reed receives an $8 million annual salary—160 times the median salary of a Gannett worker.

All the while, Gannett has been stalling on bargaining at various tables across the unionized newsrooms, and not bargaining in good faith around demands for family-wage salaries, adequate staffing, and diverse newsrooms.

Workers taking the one day walkout will be publishing news on Gannett Union Press (gannettunions.org), a strike paper created to continue coverage of important events that the community depends on, like local sports. Additionally, Gannett media workers have launched a GoFundMe to support strikers facing financial hardship due to the strike and their employer’s poverty wages. Many reporters have reported needing to rely on food stamps and housing assistance to get by.

“Rochester’s newsroom has a proud union legacy that dates back to 1935. Some of our predecessors’ contract fights have gone on for well over a decade. Our most recent contract expired in 2019 and we don’t intend to go down that long of a road again,” said Tracy Schuhmacher, Food and Drink Reporter, Rochester Democrat and Chronicle. “We are excited to be joining forces with Gannett’s newest unions and we’re ready to fight for equitable, living wages at Gannett.”

This one day strike follows in the footsteps of other national collective action by unionized Gannett workers in recent months including a coordinated “lunch-out” in early August where hundreds of workers rallied during lunch time in protest of layoffs, and a “Rally to Save Local News” Town Hall where non-union members, labor and elected leaders, including Florida Congresswoman Sheila Cherfilus-McCormick and New York State Senator James Skoufis, as well as musician and activist Billy Bragg attended. The NewsGuild-CWA currently represents around 50 Gannett-owned newsrooms all across the country.

“We have consistently reported about growing prices and cost of living becoming untenable in places like Phoenix, and at the same time Gannett has only made it more expensive through attempting to cut our benefits, making our already pitiful insurance plan more expensive, and refusing to give cost of living increases,” said Joseph Darius Jaafari, Investigative Reporter, The Arizona Republic. “It’s clear that Gannett isn’t in the business of making sure newspapers and democracy thrives; the company, its executives, and their shareholders would rather stuff their pockets before ever assuring a well-educated public. This walkout should show them we’re serious, and that they need to move fast, because three years to negotiate a contract is an embarrassment.”

“Gannett is actively sabotaging our democracy by attacking its own journalists,” said Jon Schleuss, President, NewsGuild-CWA. “The company has the money to invest in journalists and it should start doing that immediately instead of fighting them.”

“Gannett has no news to print, no stories to publish online, no photos, no content to share without the hard work and dedication of our members,” said Susan DeCarava, President, NewsGuild of New York. “Gannett executives have been robbing journalists and the communities they serve by decimating newsrooms and underpaying workers while lavishing company executives  with extravagant pay, outrageous bonuses and artificially inflating the value of stocks with buyback schemes. We have had enough.”

“Local journalists are sick and tired of getting jerked around by Gannett, where corporate bosses have dragged their feet for years to avoid reaching fair contracts with their own employees,” said Matt Pearce, President, Media Guild of the West.

In Gannett Co.’s Q3 Quarterly Earnings Report released yesterday, the company cited as among the factors that could affect its bottom line: “Our ability to recruit and retain key personnel.” Adequately staffed newsrooms that are as  diverse as the communities they serve has been a core union demand at Gannett .

“The earnings report issued by Gannett yesterday once again shows that Mike Reed’s solutions to the problems facing the company revolve around punishing employees: cutting jobs and cutting compensation is not the pathway to sustainable journalism,” said Tony Daley, Economist, CWA. “The announcement of a reduction of 400 jobs and another 400 vacancies that will not be filled along with furloughs and retirement cuts show a monumental lack of imagination. As much as Reed touts the company’s commitment to journalism, the cutbacks tell the real story: cut newsrooms and the result is the delivery of less news to the communities we serve. Reed’s corporate double-speak needs to be sanctioned by stakeholders. We need leadership that worries less about stock prices and their salaries than about where this company will be in 5, 10, or 20 years.”

Striking Gannett workers as well as colleagues from other unionized and non-unionized newsrooms and the wider community are gathering for a Zoom rally at 1 pm ET to hear about why this action is important and why this is an unfortunate but necessary step forward.