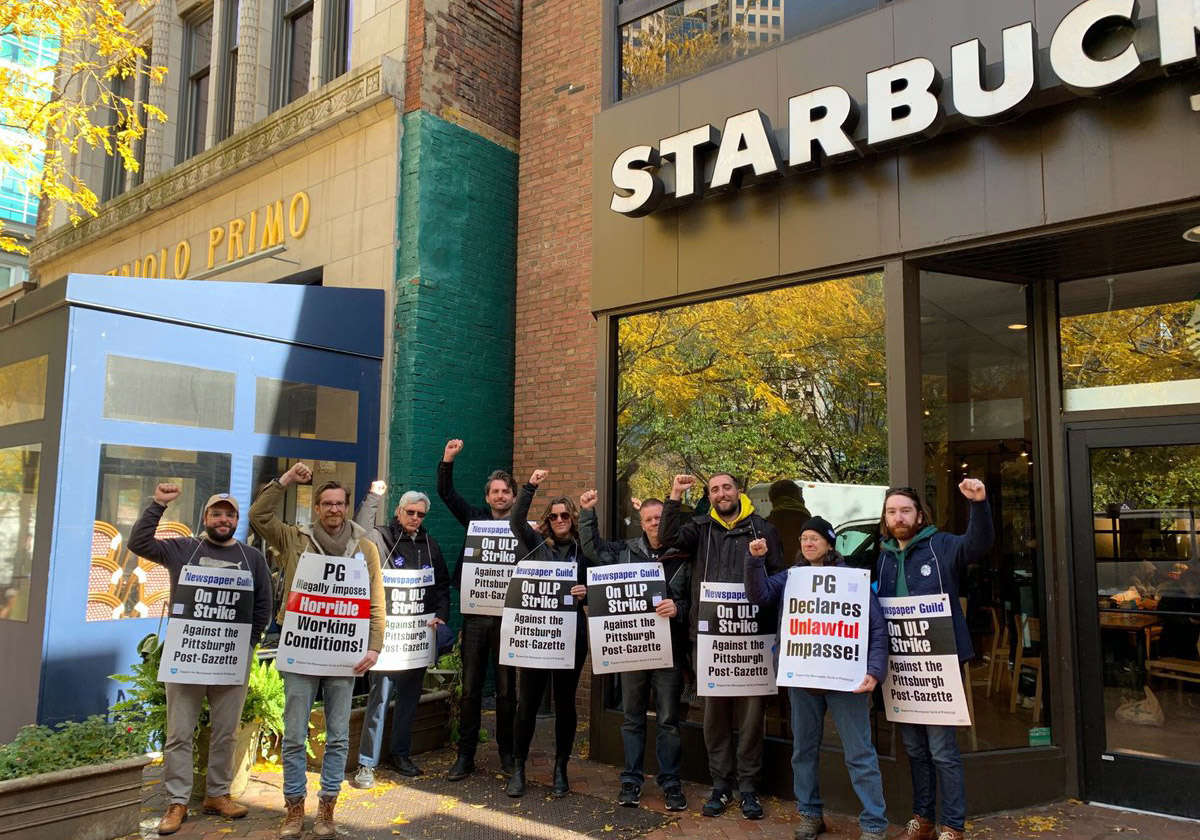 Last month a federal judge ruled that Starbucks Workers United, a union supporting the organizing of thousands of Starbucks workers across the U.S., must turn over private messages between workers and journalists covering the massive organizing wave at the coffee chain. This ruling has serious implications for media coverage of unionization efforts and could chill workers from talking to journalists. It also inhibits the ability of the public’s long-standing right to know about labor disputes and potential labor violations.

Given the high profile of the Starbucks union fight, dozens of workers could have their conversations with journalists exposed. It is clear that the company’s intent is to chill free speech and intimidate workers from exercising their right to discuss their working conditions and organize. Starbucks Workers United plans to challenge the decision.

“Starbucks is out of line and actively violating state law, the First Amendment and the National Labor Relations Act,” said NewsGuild-CWA President Jon Schleuss. “Communications among workers and journalists have long been protected by law in our democracy.”

“Workers have a federally-protected right to speak publicly about their wages, benefits and working conditions, including to the press. It is a fundamental American value,” Schleuss said.

Section 7 of the National Labor Relations Act prohibits employers from spying or surveilling employees’ union activities. Thirty-nine states, including New York, have shield laws protecting members of the media from subpoenas for their sources.

These union-busting tactics must end, and journalists’ communications with sources must be protected. Starbucks has already committed over 200 violations of the National Labor Relations Act. Starbucks Workers United members in Buffalo plans to challenge Judge Sinatra’s ruling, and we look forward to this dangerous decision being rescinded.

“The organizing campaign at Starbucks has inspired not just other Starbucks workers, but workers at Apple and other retail stores. Starbucks’ action shows that corporations are desperate to stop this wave of organizing by stopping the spread of information. We have seen that companies have no hesitation about violating the National Labor Relations Act. Now Starbucks is taking it to a new level by violating our Constitutionally protected freedoms,” said Communications Workers of America Secretary-Treasurer Sara Steffens, a former journalist who was fired after organizing her newsroom.

In April Starbucks blocked Schleuss on Twitter after he tweeted “Today is a Good Day to start a union!” quoting a corporate tweet.