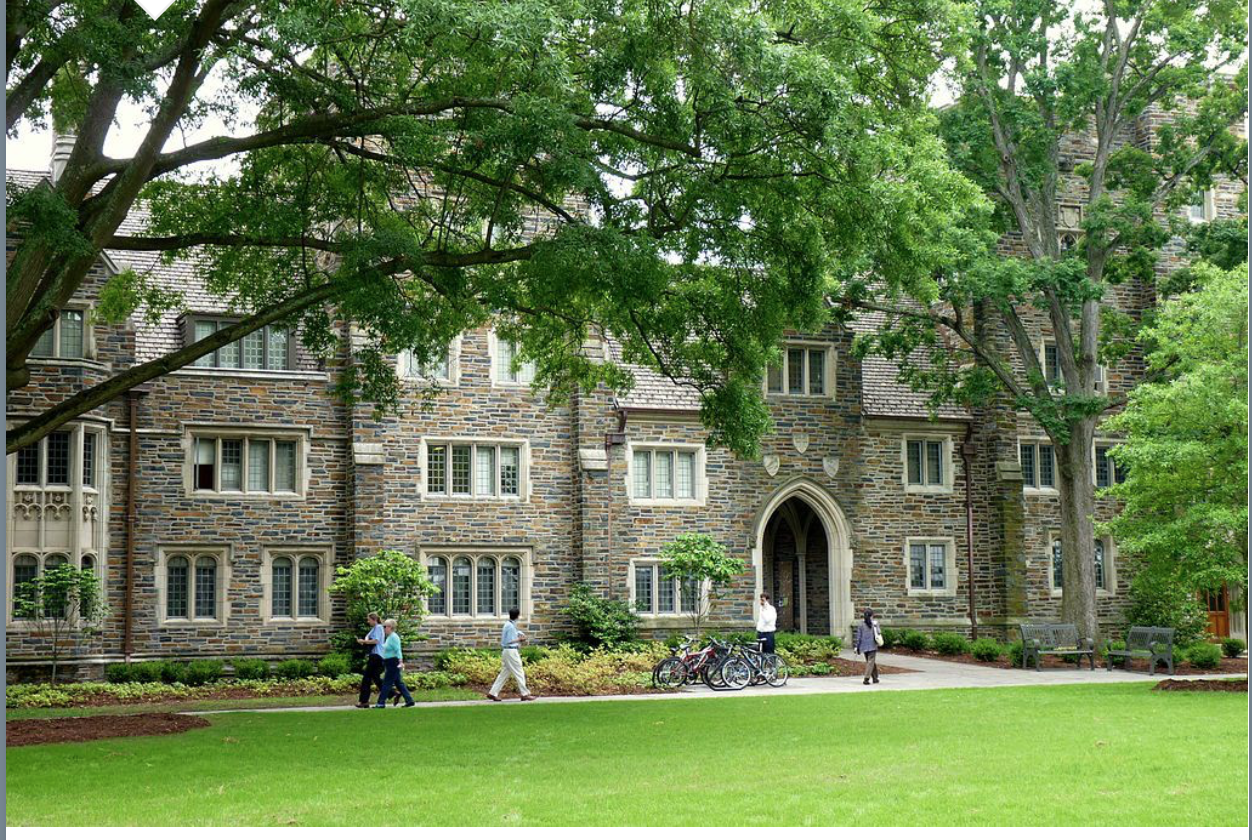 This article by Julie Reynolds appears on the DFM Workers website.

March 2, 2018 – The NewsGuild-CWA, which represents workers at 12 Digital First Media newspapers, is urging Duke University to sever its ties to hedge fund president Heath Freeman, saying Freeman’s donations “directly contradict” the mission of Duke, home to one of the nation’s most prominent research centers for media and democracy.

Freeman is the president of Alden Global Capital, a “vulture” hedge fund that’s become the nation’s most glaring example of how investment firms are devastating the newspaper industry.

NewsGuild president Bernie Lunzer sent two letters to president Vincent Price in January, requesting to meet with university officials to discuss their concerns. So far, that offer has been ignored. Duke spokeswoman Kristin Brown said the university had no further comment to this story beyond a very brief Jan. 18 letter it sent to Lunzer.

“Freeman is a Duke graduate and a significant donor to the university. Receipt of his donations contradicts the mission of Duke and of the DeWitt Wallace Center for Media & Democracy, and it is an insult to journalists everywhere.

“Freeman has deliberately gutted newspapers that are vital to our democracy, and the Guild therefore calls on Duke University to sever all ties to him. That includes requesting his resignation as Advisory Board Chair of Jewish Life at Duke, returning his most recent donation, and ending any internship programs between Duke and Alden Global Capital.”

In a response to Lunzer’s first letter, Duke Vice President for Public Affairs and Government Relations Michael J. Schoenfeld said in his Jan. 18 letter, “We suggest you address your concerns directly to the corporate officers and directors,” without agreeing to meet with Guild members.

In addition, Schoenfeld wrote that “the university is not affiliated with any of the companies” that Lunzer mentioned, referring to Alden and Digital First Media.

Lunzer wrote back on January 31, saying that Schoenfeld’s response “obscures the responsibility of the university to accept donations consistent with its general mission.” Lunzer noted that other universities have recently cut ties with donors over ethical concerns. In one example, Lunzer cited the University of Colorado School of Medicine, which in 2015 “returned a donation from Coca Cola because the gift was part of a larger corporate attempt to cast doubt on the relationship between soft drinks and obesity and therefore conflicted with its educational mission.”

At Duke, Freeman joined the Delta Sigma Phi fraternity and was a kicker on the football team while his parents funded the $3 million Freeman Center for Jewish Life. Freeman graduated in 2002, and he’s now the center’s advisory board chair.

A few years after he left Duke, Freeman was living in Manhattan penthouses and working from the 34th floor of the glamorous Lipstick Building.

The NewsGuild says he built this lifestyle by systematically destroying America’s hometown newspapers. While it’s no secret that newspapers in general are struggling, Alden is unlike other news owners in that it’s aggressively pillaging its papers as part of its stated vulture investment strategy. Whereas other news chain owners may try to innovate, discover new revenue streams and generally work to find ways to make their newspapers survive, Alden is openly stripping its papers of their assets and maintaining high profit levels via draconian staff cuts.

Within two to three years, Alden plans to dispose of or sell what little remains, according to Ken Doctor, the prominent newspaper industry analyst at Harvard’s Nieman Lab.

“This is vulture capitalism, pure and simple — the textbook practice of buying distressed and dying assets, squeezing them, believing that remaining ‘meat on the bone’ will pay off,” Doctor wrote recently. “The result, often, is bankruptcy and closure. That’s the Alden long-term milking ‘strategy’: After extracting years of high profits, turn out the lights, or sell the remnants to whoever may want them.”

An analysis by DFMworkers.org shows Freeman is stripping Digital First Media newspapers of their real estate assets and eliminating reporter and other staff positions at twice the national rate.

The NewsGuild, meanwhile, is continuing to pressure Duke to cuts its ties to Freeman, and Lunzer says the Guild’s offer to meet with university officials remains open.