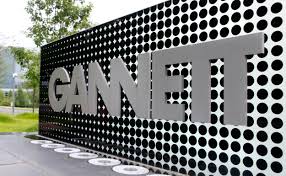 June 8, 2020 – Gannett shareholders rejected a proposal calling on the company to produce an annual report on its commitment to journalism on Monday. The proposal was offered by United Media Guild local of The NewsGuild-CWA.

The meeting, held virtually due to the ongoing pandemic, was the first since the GateHouse-Gannett merger.

“The report would give shareholders a comprehensive assessment of the core product,” UMG President Jeff Gordon told shareholders. It should include property-by-property staffing growth or decline, examine the impact of earlier content deadlines for print editions, illustrate the positive impact our journalism has made in our communities and reflect the company’s success or failure in creating more diverse newsrooms, he said.

The report also could include how many collective bargaining agreements and how many negotiations are ongoing as a barometer of journalist-management relations, he added.

“Our work has never been more important,” Gordon said. But publications are continuing to shrink, he pointed out.

“We believe the report could include a property-by-property summary of newsroom staffing growth or decline – highlighting where news, sports, business and features coverage has either increased or decreased,” Gordon said.

Gannett took no position on our proposal, but warned shareholders of its potential cost.

During a brief question-and-answer session, director Barbara Wall said the board agreed with the union that maintaining quality local journalism was vital to the company’s future. But, she said, “We’re not convinced the annual report requested by the union was necessary.”

Gordon rejected that argument. “The company believes it would involve cost. But the benefits outweigh the costs. The proxy voting service ISS recommends approval, saying it would aid shareholders in assessing the company’s management and performance,” he said.