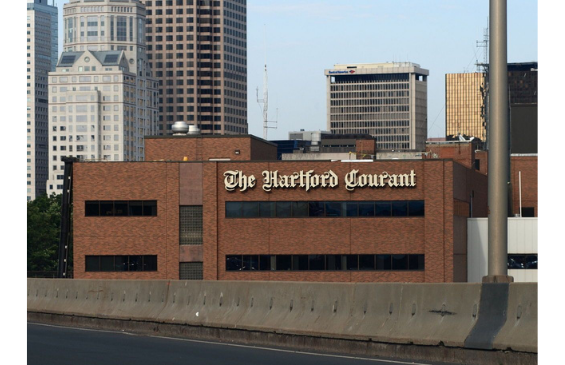 A committee of the Connecticut state legislature heard compelling testimony Thursday about the value of The Hartford Courant to the local community and the threat that Alden Global Capital poses to it.

“The hedge funds and private equity [newspaper] owners lack an appreciation for journalism’s traditional civic mission,” testified Penny Abernathy, a professor at Northwestern’s Medill School of Journalism. “They view their newspapers as investments to be bought, sold, traded or shuttered.”

The legislature’s insurance and real estate committee is weighing a bill that would prevent The Courant’s present or future owners from taking on debt or issuing dividends that are not “in the public interest.” In other words, it would reassert The Courant as belonging to the community, not to faraway corporate owners.

In written testimony, Courant reporter and Courant Guild President Rebecca Lurye explained why this matters to the paper’s employees.

“I’m writing because America’s longest continuously published newspaper is under attack, its survival threatened by far-off corporate leaders who are diminishing the vital journalism we produce in their pursuit of the next penny,” Lurye wrote. “If this hedge fund follows the playbook it has used at numerous other newspapers around the country, the Courant will soon be a shell of what it is now.”

Others who testified in support of the bill, either in writing or via Zoom, included Fraser Nelson of the National Trust for Local News, Connecticut AFL-CIO President Sal Luciano, The NewsGuild’s Andy Grimm and dozens of local community members who value The Courant.

“What they’re doing in terms of ripping it apart and selling it, it represents the worst practices that hedge funds are feared for doing,” said Tom Swan, executive director of the Connecticut Citizen Action Group, “and it’s doing it at a real public cost.”

Several legislators voice enthusiasm for The Courant, which predates the founding of the United States, and for this bill.

“It is important to recognize the unique history that The Hartford Courant has in this country’s founding and the ethos of journalism in this country,” said Sen. Tony Hwang.