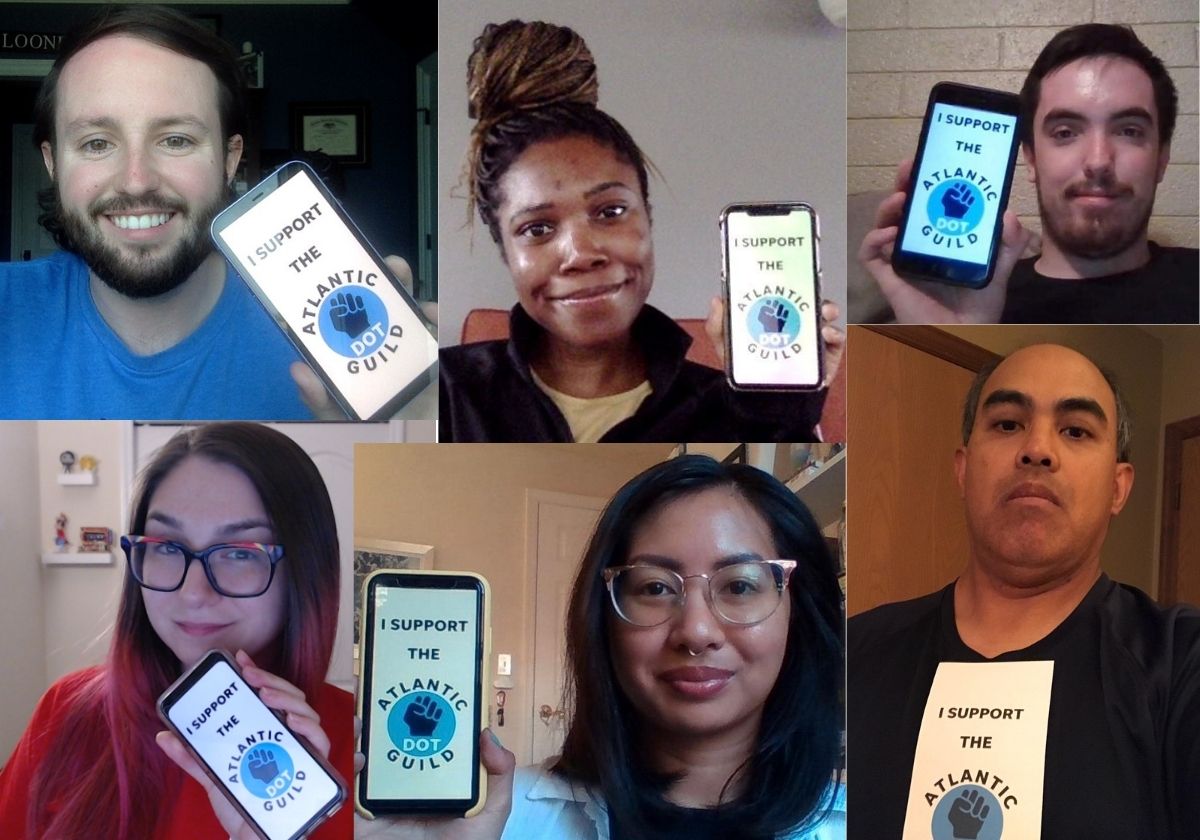 New York – Digital producers on Gannett’s Atlantic Digital Optimization Team (DOT) have formed a union with the NewsGuild of New York, CWA Local 31003 to advocate for themselves, their profession and the communities they serve. These employees work across a five-state region that comprises 37 websites in New York, New Jersey, Pennsylvania, Delaware and Maryland.

Digital producers’ main responsibility is preparing articles and multimedia content for online readers. They design the visual flow of stories, create graphics for social media, craft headlines, optimize content for search engines and curate readers’ experience with news through social media, website management and delivering alerts and newsletters. In short, a producer’s job is to prioritize the reader.

Journalism, at its core, is about serving readers and making sure all voices — especially underrepresented voices — are heard. At Gannett, producers have witnessed restructuring, layoffs and furloughs within their newsrooms, and are continually challenged to meet mounting corporate demands to boost readership and revenue with fewer and fewer resources. Those who have survived these cuts have found it harder to do their jobs and the mounting pressure has hurt retention. As Atlantic DOT producer Jessica Limonchi phrases it: “When you gut newsrooms, they bleed.”

In late 2020, in the midst of a pandemic, producers across the five-state region were “invited” to reapply for their jobs to join the regionalized restructure. They have now come together as the Atlantic DOT Guild to protect their jobs and rectify pay inequity. By fighting for more resources, better benefits and a voice in the company, producers can better serve readers.

“For many of us, organizing as the Atlantic DOT Guild is about dignity, in one way or another. For me personally, it’s not just to fight for fair pay in relation to the ever-growing list of responsibilities falling on the shoulders of an increasingly weary production team; it’s also about advocating for the work we do and to underscore just how valuable it is,” said digital producer Jack McLoone. “This plane doesn’t fly, so to speak, without producers, and yet we have very little agency as to what that flight path looks like. We’re overworked and yes, underpaid, and that comes at the ultimate expense of a worse experience for our readers. I’m immensely proud to be a part of the Atlantic DOT Guild as we continue to push for not just our dignity, but for producers and all employees Gannett-wide.”

“We, the members of the Atlantic DOT Guild, are proud to join the wave of unionization among newsrooms across the country. The formation of the Atlantic DOT Guild allows digital producers a seat at the table to discuss matters that affect us in and out of the newsroom,” said digital producer Jai-Leen James. “Local journalism is vital to the communities it serves and our union will allow us the opportunity to elevate its methods of distribution to better reach readers. Additionally, the Atlantic DOT Guild will advocate for the working conditions of digital journalists who join the Gannett ranks in the future.”

Producers understand the value of journalists’ work and want to present their best work to the public; by fighting for fairness and protection on the job and demanding more resources for local news, the Atlantic DOT Guild can make sure communities will be better represented and informed.

“Today we proudly welcome the Atlantic DOT digital producers into our union,” said Susan DeCarava, President of The NewsGuild of New York. “They are fighting to establish newsroom baselines for fair pay, job security and greater investment in ensuring reader access to the vital and necessary journalism they produce. We look forward to a swift recognition process from the company so that we can get to the table and bargain a collaborative contract.”