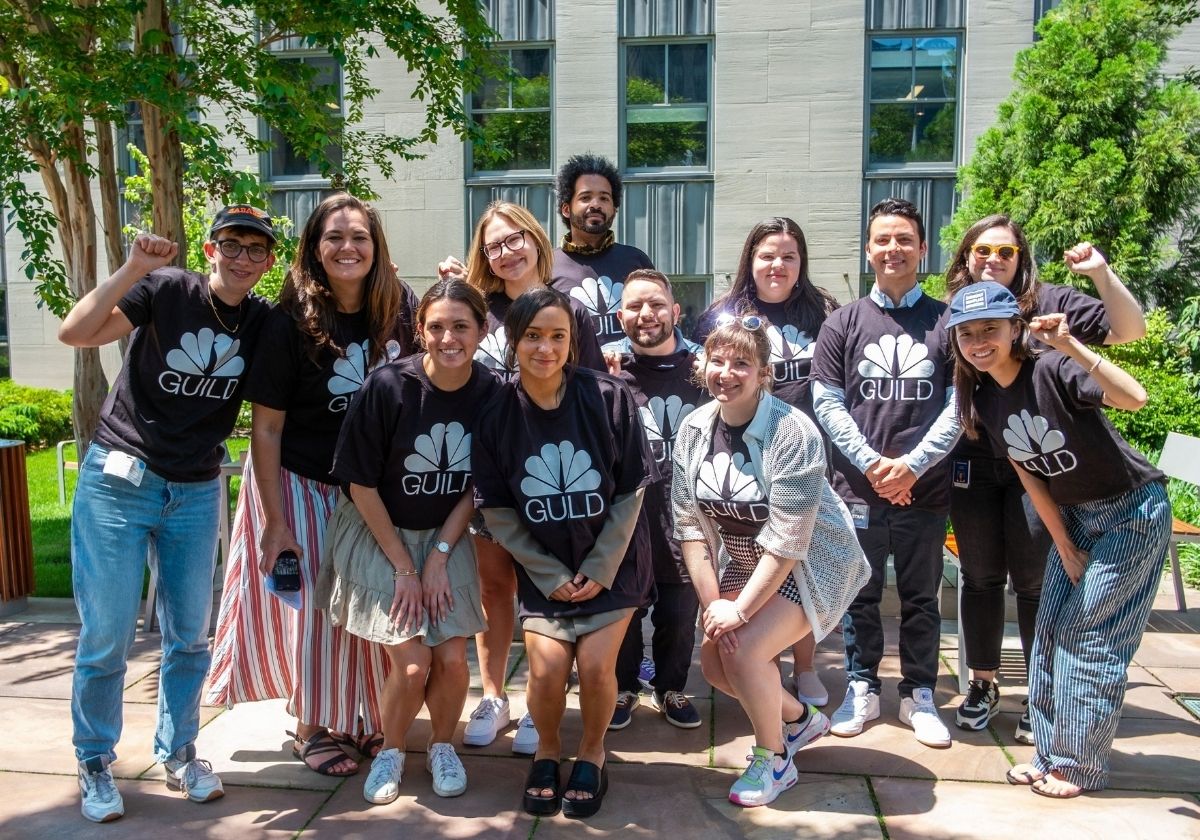 Members of the NBC News Guild.

Members of the NBC News Guild stopped work for 13 minutes Tuesday to protest more than 13 months of management foot-dragging on their pay equity proposal, which workers presented during bargaining for a first contract. The union’s proposal would establish an annual study to identify and close pay gaps.

“Fair pay is a bedrock issue for us, and we refuse to allow our editorial leadership to stick their heads in the sand and ignore it. We recently completed our own pay study and tried to share the results at our last bargaining session,” but no one in management showed up, they said.

Union members stopped work to encourage their bosses to come to the table and bargain in good faith. “No more delays, no more excuses, no more foot dragging — it’s time for fair pay,” they tweeted.

In February, after 18 months of bargaining, workers negotiated a tentative agreement on diversity, equity and inclusion. They reached agreement after union members packed a bargaining session where members shared emotional testimony about their experiences with newsroom micro-aggressions, pay disparities and lack of opportunity.

Employees of NBC News Digital won recognition of the NBC News Guild in December 2019 with a vote of 90-40. They are part of The News Guild of New York Local 31003.