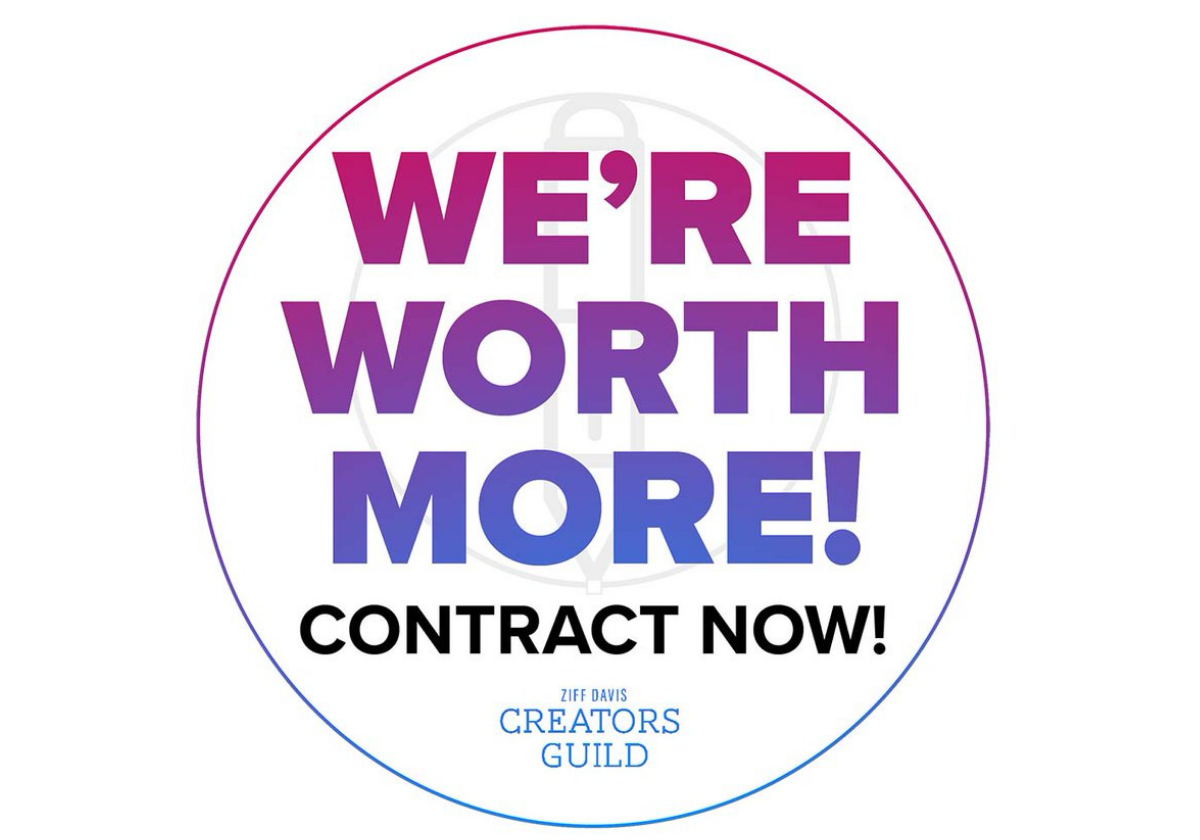 Journalists at Ziff Davis publications — Mashable, PCMag and AskMen — walked off the job for 24 hours on Thursday to protest the company’s failure to agree to a living wage for all employees and to demand that management bargain in good faith.

After two years of negotiating for a first contract, “union members are tired of the company’s tactics to evade and undermine bargaining,” they said in a statement.

Supporters are invited to attend a digital rally at 12:30 p.m. EDT.

The union has filed several unfair labor practices charging management with unlawfully undermining negotiations by ignoring critical requests for information and circumventing the union by illegally engaging in “direct dealing” with employees.

“More egregiously, management has doubled down on its disrespectful wage proposal that would continue to force many Ziff Davis employees, who live and work in one of the most expensive cities in the world, to face significant financial struggle,” they said.

Wages have become a critical issue at Ziff Davis. Recently, some staff members appealed to company leaders, telling personal stories about their struggle to live on paltry wages.

One employee described relying on the company pantry for breakfast and dinner because they could not afford food after paying rent and other necessary expenses.

Employees formed the Ziff Davis Creators Guild as a unit of the Guild’s New York local and won voluntary recognition from management in 2018. They have spent the past two years working to secure a first contract that reflects the value of their work. During that time, they fought for and won “just cause” protections after management refused to negotiate over equitable and transparent job security.