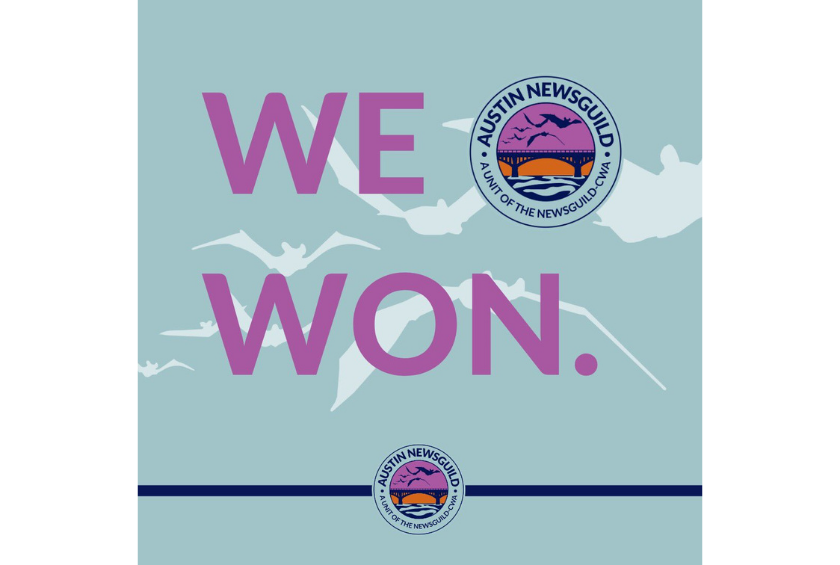 Journalists at the Austin American-Statesman made it official on Wednesday, voting 36-12 in favor of forming the Austin NewsGuild.

“We’re excited to move forward with a voice in our future and to continue to #KeepAustinInformed,” the organizing committee tweeted when the results were announced. They planned to celebrate with a virtual happy hour a few hours later.

In an email to soon-to-be Guild members on the eve of the count, they spelled out the next steps: electing a unit council and assembling a bargaining committee.

The vote tally was conducted online by the National Labor Relations Board, 11 weeks after workers announced their intention to unionize.

The Austin victory is part of an industry-wide surge in union organizing that has gripped the country – and the Lone Star State. The new Guild unit will become the third in Texas, following the workers at the Dallas Morning News, who won union recognition in October, and employees of the Fort Worth Star-Telegram, who won in November. The Statesman is owned by Gannett, and the win there also increases the union’s strength within the chain.

The ballot counting capped off an eventful six hours for the Guild. Earlier in the day the journalists at 11 Southern California daily papers announced plans to unionize and members of the Washington State NewsGuild learned that the National Labor Relations Board had ruled in their favor, deciding that employees of the Olympian, Bellingham Herald, News Tribune in Tacoma and Tri-City Herald covering the Mid-Columbia region will form a single bargaining unit.