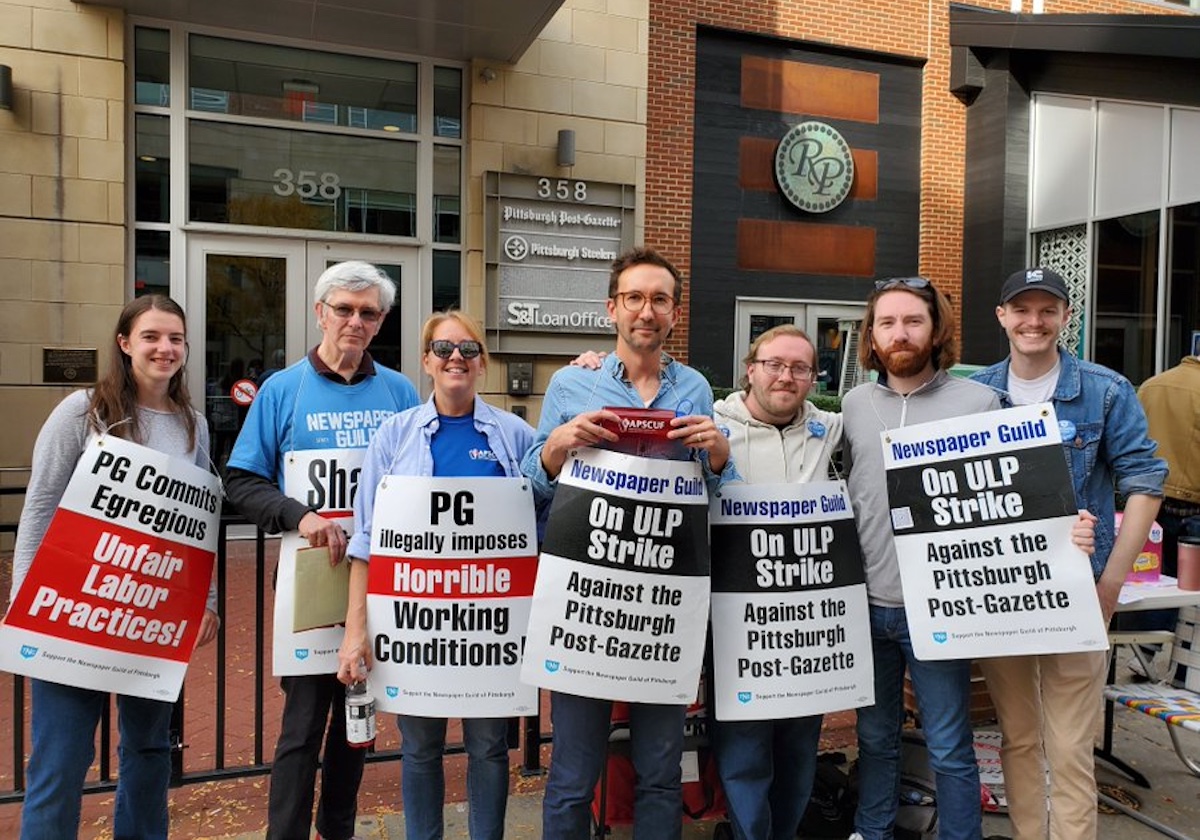 NewsGuild-CWA members have a long tradition of developing their own publications while they’re out on the picket line. This week, the Newspaper Guild of Pittsburgh along with other CWA and Teamsters members are contributing to that storied tradition with the Pittsburgh Union Progress (affectionately called “the PUP”), a brand new site where you can hear directly from the striking workers at the Pittsburgh Post-Gazette about why they walked off the job,what it’s like on the picket line and ways the Pittsburgh and larger labor community can support them as their campaign heats up.

Be sure to follow and support PUP on social media: @ThePUPNews on Twitter and @pghunionprogress on Instagram. Let’s make it loud and amplify their demands. And if you’re local, join the striking workers on the picket line! We are all in this together.

You can support the striking workers right now by contributing to the striker fund.