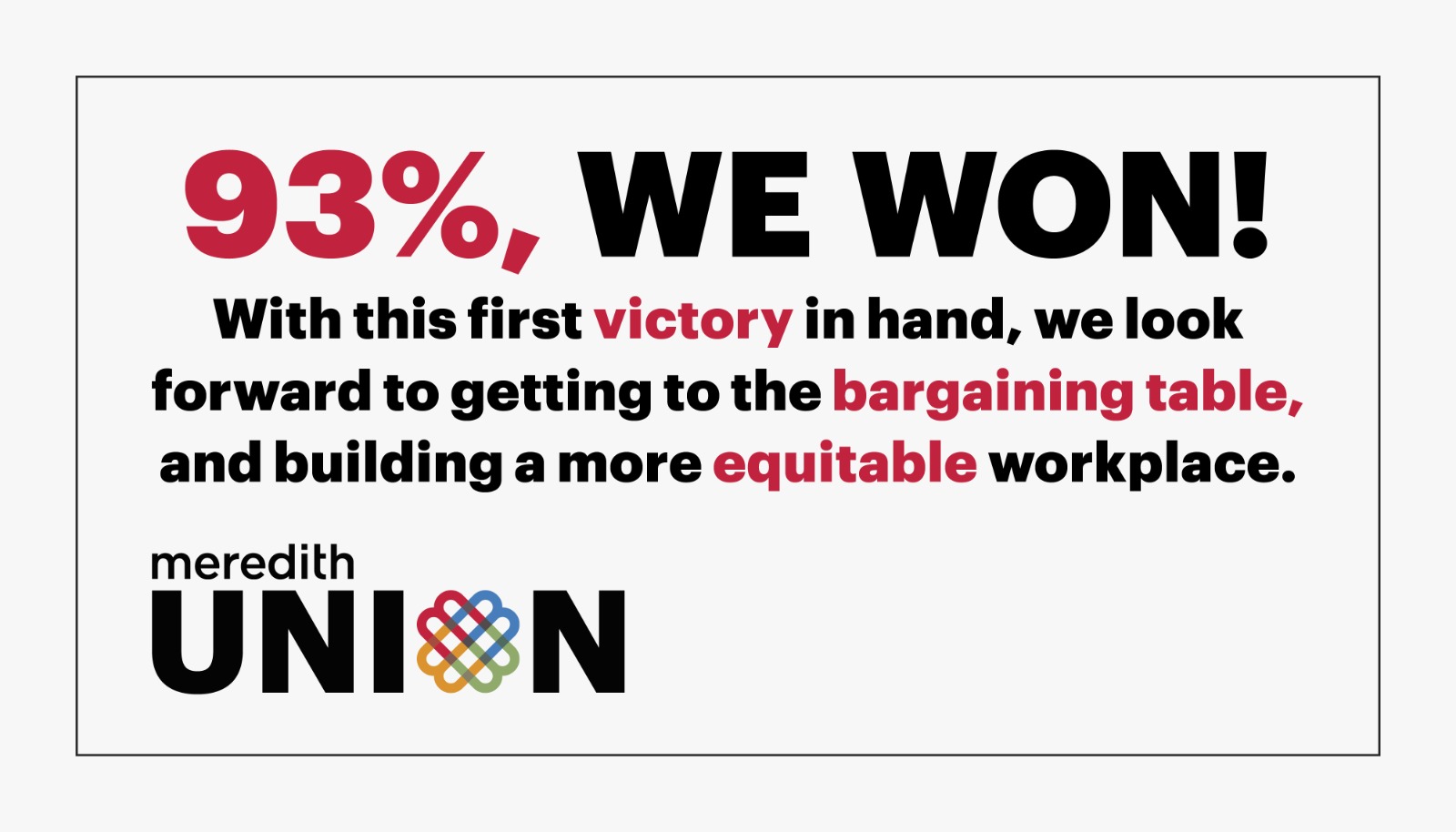 “Our landslide election win makes it official,” they tweeted after the votes were counted. “We are ready to meet @MeredithCorp at the bargaining table to negotiate a fair contract for all.”

In contract talks they intend to address job security, wages, affordable and equal access to benefits, a demonstrable commitment to diversity and inclusion, and transparent editorial standards.

Employees of the four publications will form a single bargaining unit and join their Guild-represented colleagues at PEOPLE magazine as part of the NewsGuild of New York local.

They are part of a surge in union organizing that has gripped the news industry over the last five years.