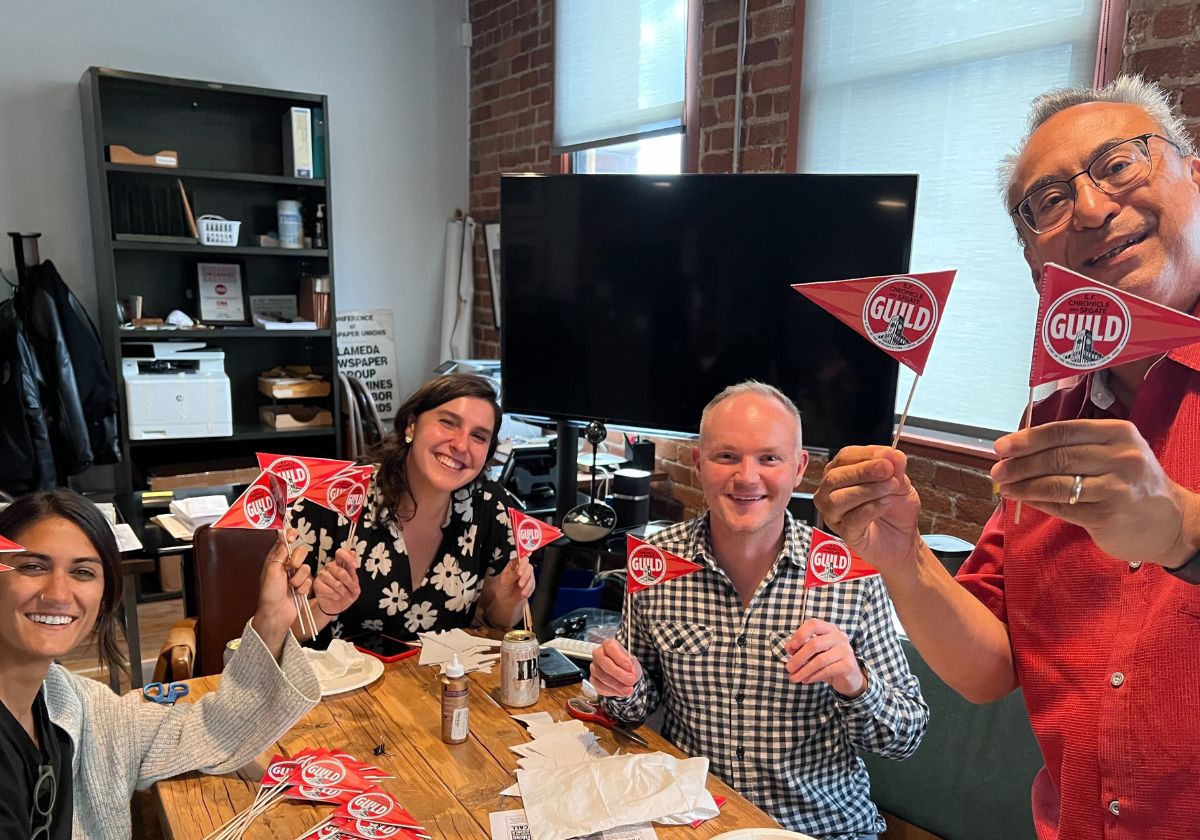 Members of the San Francisco Chronicle Guild have been busy fighting management antics this month while bargaining for a new contract.

They found a nice new spot for their contractually guaranteed Guild bulletin board after the company remodeled the newsroom, but in mid-September management moved the board to a less visible location.

If the Hearst-owned company thought their tactics would dull recently rekindled union solidarity, they were wrong.

Chronicle culture critic Peter Hartlaub, who’s been a union member for 27 years, said he’s seen pettiness during bargaining before, but this goes on Mt. Rushmore.

Politics reporter Dustin Gardiner put it all together: “Chronicle employees routinely displayed union materials at their desks prior to the pandemic,” he tweeted.

The unit of 165 members is also bargaining for flexible and remote work, more vacation time, increased parental leave and safe working conditions, among other things.

Management is prohibited from changing working conditions without consulting with the union and from treating pro-union displays differently than other material. Setting aside the legalities, it seems clear their efforts to tamp down union members’ enthusiasm are falling flat.

Last week, Unit Chair Caroline Grannan observed that not long ago, when local union leaders would contact new young employees to welcome them to the Guild, “They’d likely be mildly pleasant, or even baffled.

“Now we get enthusiastic comments about how they’re so excited to be part of a union. Culture shift!”