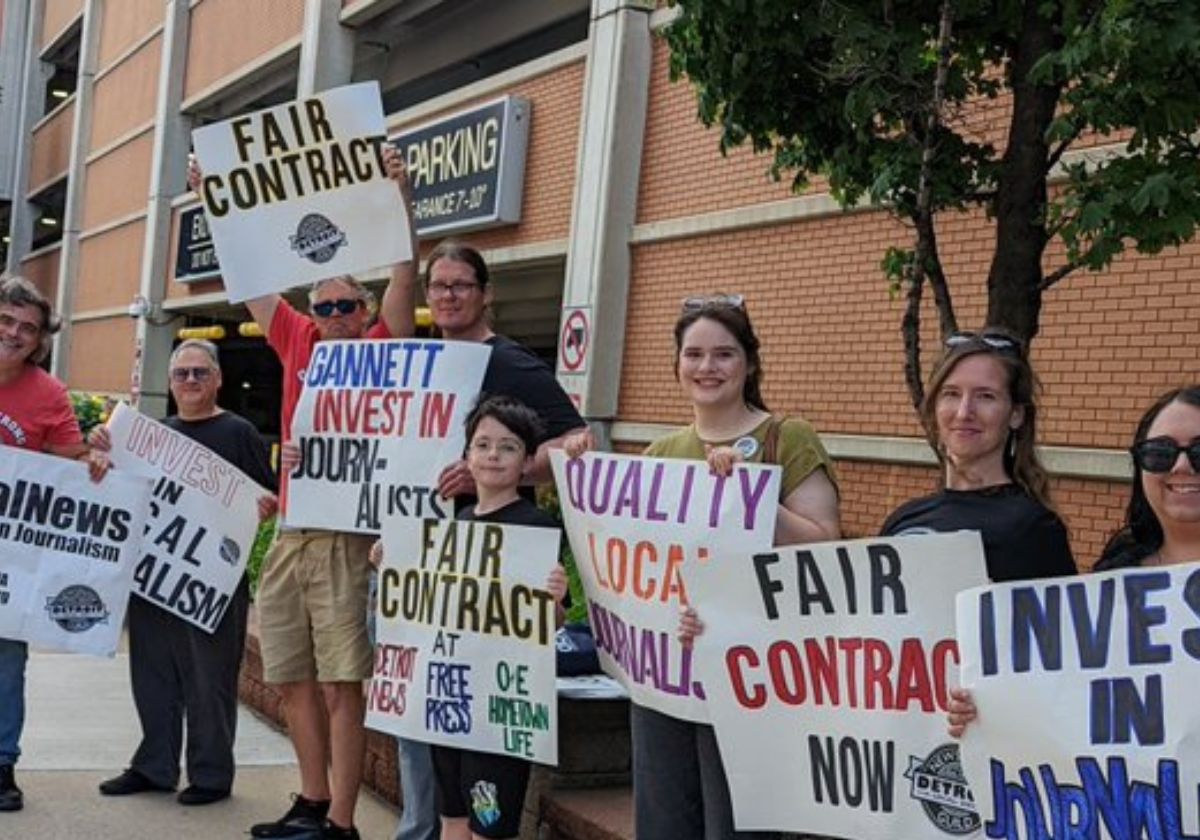 If you haven’t already signed up for the Guild assembly, “Was that the Reckoning? Addressing anti-Black racism in the news industry,” now’s the time!

The event is at 8 p.m. ET, this Wednesday and will feature Pulitzer Prize-winning journalist Nikole Hannah-Jones, the creator of the landmark 1619 Project; NewsGuild of New York President Susan DeCarava; Desiree Stennett, race and equity reporter for the Orlando Sentinel and Erin Logan of the Los Angeles Times.

As unionized media workers, we have an opportunity and the responsibility to hold our employers — and ourselves — accountable. I hope you’ll join us. Register here.

The NewsGuild’s Tribune-owned units won a big victory last week when the National Labor Relations Board issued a complaint against the company for unilaterally changing employees’ healthcare benefits in October.

With COVID cases mounting, Tribune Publishing increased employees’ premiums by 14% and increased overall healthcare costs by as much as 22% for some workers.

Tribune “has been failing and refusing to bargain collectively and in good faith with the exclusive collective-bargaining representative of its employees” in violation of the National Labor Relations Act, the board concluded.

The complaint seeks an order requiring management to rescind the changes and compensate employees for the additional costs they incurred as a result. A hearing before an administrative judge is scheduled for September.

“In the middle of the pandemic, @TribPub broke the law to make our health insurance worse,” the Tribune Content Agency Guild said in a tweet announcing the board’s complaint. “They threaten to draw out the case, but we’ll win.”

In December, 100 Tribune Publishing workers attended a bargaining session to oppose the changes. “It’s the equivalent of sticking us up without a gun,” said Monivette Cordeiro, a reporter for the Orlando Sentinel.

Cristóbal Reyes, also a Sentinel reporter, tweeted, “Every year, many of my colleagues and I had to downgrade our insurance to afford health care, but the costs keep going up without any say from our union. We’re pushing back, and we’re winning.”

“I wish more people knew how much leverage they actually have to make their jobs better,” tweeted Trevor Fraser, a Sentinel business reporter.

The Guild filed an Unfair Labor Practice charge in January on behalf of 11 Tribune-owned Guild units, which gave rise to the complaint.

Members of the Newspaper Guild of Detroit picketed the Michiganians of the Year Awards on Thursday to press their demand for a fair contract. The protest was part of a campaign to win community support for workers at the Detroit Free Press, the Observer & Eccentric and the Detroit News, which sponsored the awards event. They’ve been bargaining since February.

When workers proposed modest across-the-board raises, Gannett, which owns the publications, said they would only give newsroom-wide increases if journalists made concessions on health insurance and the retirement program. “They want us to pay for our own wage increases with concessions,” union members concluded.

Guild members have been building support. Last month, they passed out flyers outside a documentary film festival produced by the Free Press. They have launched two petitions – one for the community, which has gotten almost 400 signatures, and another for workers, which has been signed by about 80% of the workforce.

And every week, union members observe #FairContractFriday by wearing Guild T-shirts and buttons and posting messages about their demands.

The boss will always demand concessions. It’s through collective action that we push back and build power at the bargaining table. Keep pushing together!

In addition to significant raises for many of the journalists, the contract also secures strong protections against outsourcing; guarantees the safety of members reporting from dangerous situations, and more. It follows about a year of bargaining.

“We are thrilled with this first step. The work is not over, but this is a great day for journalism in the Pacific Northwest,” the group tweeted. “Thanks to all of you for your support over the last year, and particularly to our trailblazing colleagues in other unionized McClatchy newsrooms across the nation. Together, we are securing a brighter future for our industry.”

Members of the Newspaper Guild of Pittsburgh and the Blade Guild held a solidarity get-together last week to support their fight for a fair contract against their common foe, Block Communications. The Block family owns both the Pittsburgh Post-Gazette and the Toledo Blade, and is notorious for its anti-union stonewalling.

Workers at the Blade were treated to this gem from the company’s lawyer at a bargaining session last month: “We can pay more. We’re not claiming we can’t pay. It’s just that we have a difference of opinion of what’s fair.”

Meanwhile, a hearing on an NLRB complaint against Block for bad-faith bargaining in Pittsburgh is set for September. Workers haven’t had an across-the-board raise since 2006! Shame on the Blocks!

It’s conference season! SRCCON 2022 is one of the more unique journalism conferences. It’s participant-led with a focus on bringing journalists together to transform work, organizations and communities. It’s run by OpenNews, which rallied with us to get hundreds to sign onto a letter calling on the Pulitzers to update their prize criteria to include diversity transparency for newsrooms.

I’m really excited to attend the virtual conference with amazing folks. One discussion I’m looking forward to: Sophie Ho and Yu Vongkiatkajorn will lead a conversation on running pay equity studies to create change in newsrooms at the start of the conference on June 22. With their union colleagues, they published two pay studies at the Washington Post and pushed for change through the Post Guild.

Space is limited for the June 22-24 online-only event. Find out more information here.

Some excellent training sessions are set for this month, beginning tomorrow. Upcoming events are listed on our calendar, with new events added frequently.