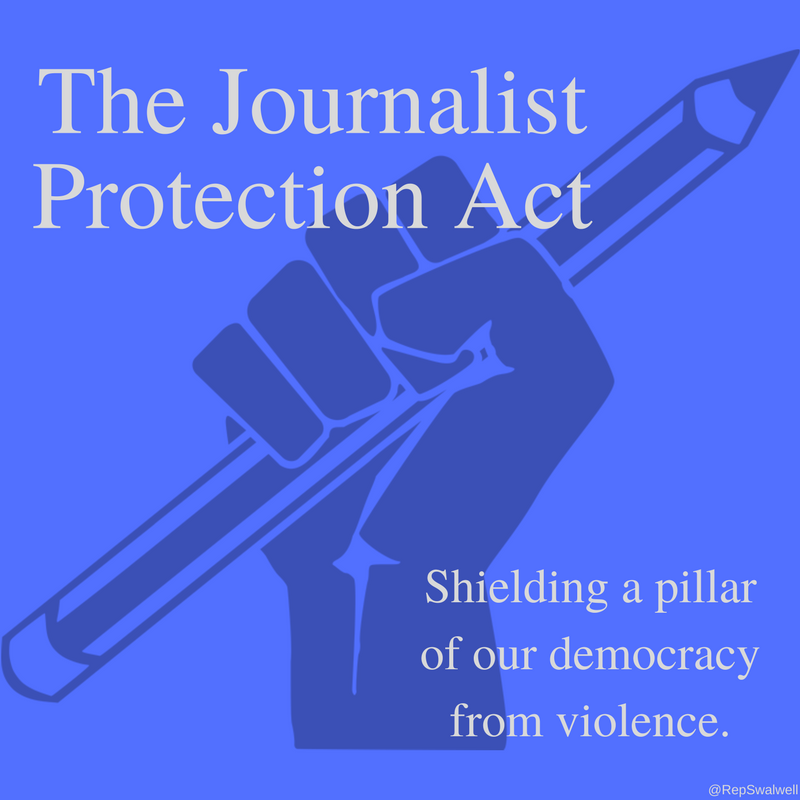 Feb. 23, 2018 – The NewsGuild-CWA is supporting a bill that would make it a federal crime to assault a journalist. (See President’s Column.)

“This is a dangerous time to be a journalist. At least 44 reporters were physically attacked in the U.S. last year and angry rhetoric that demonizes reporters persists,” he said. “The threatening atmosphere is palpable.”

“Journalists put themselves in danger in order to keep Americans and the world informed,” Lunzer said. “The Journalist Protection Act deserves the support of everyone who believes our democracy depends on a free and vibrant press.”

The bill was also endorsed by NABET-CWA, (National Association of Broadcast Employees and Technicians) and News Media for Open Government, a coalition that includes several news industry associations as well as the Reporters Committee for Freedom of the Press and the Society of Professional Journalists.

The union also supports a bipartisan shield law, which was introduced by Rep. Jamie Raskin (D-MD) and Rep. Jim Jordan (R-OH) in November. The bill would protect journalists from being forced to reveal confidential sources or documents except under specific circumstances, such as when the disclosure of leaked information threatens national security.

The Guild, NABET and CWA endorsed a resolution calling for legislation to protect journalists and for stronger shield laws at conferences and conventions in August 2017.

Canada adopted a much-improved shield law in October 2017. The new law shifted the burden of proof from journalists seeking to protect their sources to the authorities who are demanding to know them.