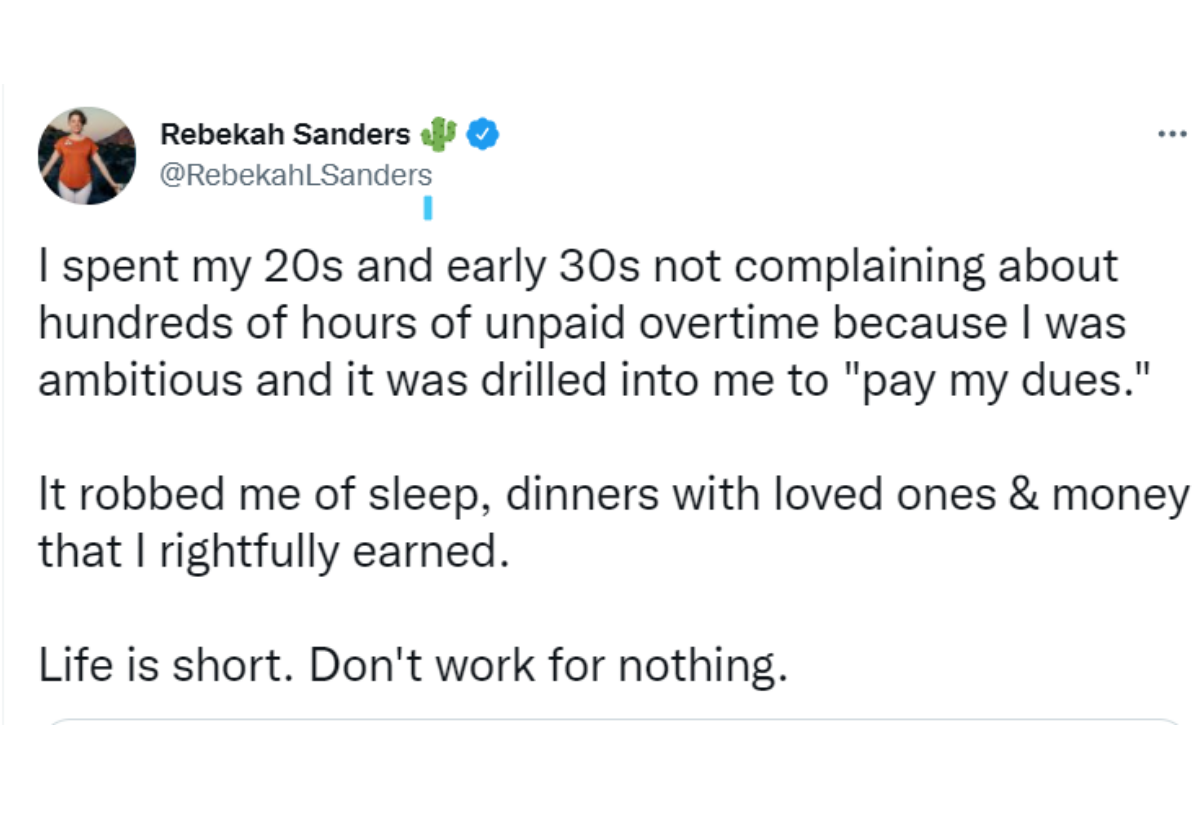 NewsGuild President Jon Schleuss has called on Gannett CEO Mike Reed to investigate allegations that employees are frequently expected to work overtime without pay and has called on him to end a “culture of exploitation” at the nation’s largest news chain.

The NewsGuild is also launching its own investigation to assess the extent of the problem and is asking Gannett employees at both unionized and nonunion shops to complete a survey on the subject.

In a letter sent to Reed on Friday, Schleuss noted an Arizona Republic employee shared her experience working many hours of unpaid overtime as a young reporter at Gannett because of the culture fostered at the company that requires overwork to get ahead.

A top editor at the publication replied, saying “Every business exploits the young – it’s called gaining experience, and I don’t regret it one bit.” And then said, “The only way to do really groundbreaking work when your (sic) starting out is to work night (sic) and weekends.” He then added, “Prove yourself and they’ll pay you.”

Unfortunately, this is not an outlier at Gannett, Schleuss said, reporting that numerous employees said publicly and privately that they also were expected to work overtime without pay.

“This kind of illegal exploitation — which is widespread in the field — is a major reason so many talented journalists have left the industry,” Schleuss wrote. “It is heartbreaking to hear story after story of journalists, predominantly women and people of color, who have left for other careers because they did not want to, or could not afford to, make the kind of illegal sacrifices demanded of them. The public acknowledgment of a painful practice at Gannett has struck a nerve.”

During contract negotiations on Sept. 13, Breaking News Reporter Perry Vandell said, “I was told on several occasions that there was a ‘freeze’ on overtime where any and all overtime granted would only be under extreme circumstances and to avoid filing above 40 hours. This gave me the impression that I could potentially be reprimanded if I did otherwise. When I received calls from the families of abused and murdered loved ones late at night and on weekends, I had to decide whether to decline their call or be a human being and not log the hours… I hope management agrees we shouldn’t make insane sacrifices to get ahead.”

Reporter Megan Taros said that her current editor makes sure she is properly paid for overtime work, but that has not always been her experience at The Republic.

“I lost a lot of hours of unpaid overtime because I felt like I had to appease my manager or I had to protect my reputation and career…I’ll never forget the way that I was berated or yelled at for taking extra time to file a story because I said, ‘I worked a lot on this, and I just don’t have it in me to do overtime right now.’”

Dining Reporter Priscilla Totiyapungprasert said some reporters fear recording overtime because they will be criticized by their managers. In at least one case, a manager told her she would need to write faster if she wanted to clock the long drive to and from her assignment as hours worked.

In an email to Arizona Republic journalists after the controversy erupted on Twitter, the top editor vowed to follow wage-and-hour laws, but, Schleuss said, “this one message is insufficient to rectify the problem across Gannett’s network.”

Schleuss has not yet received a response.