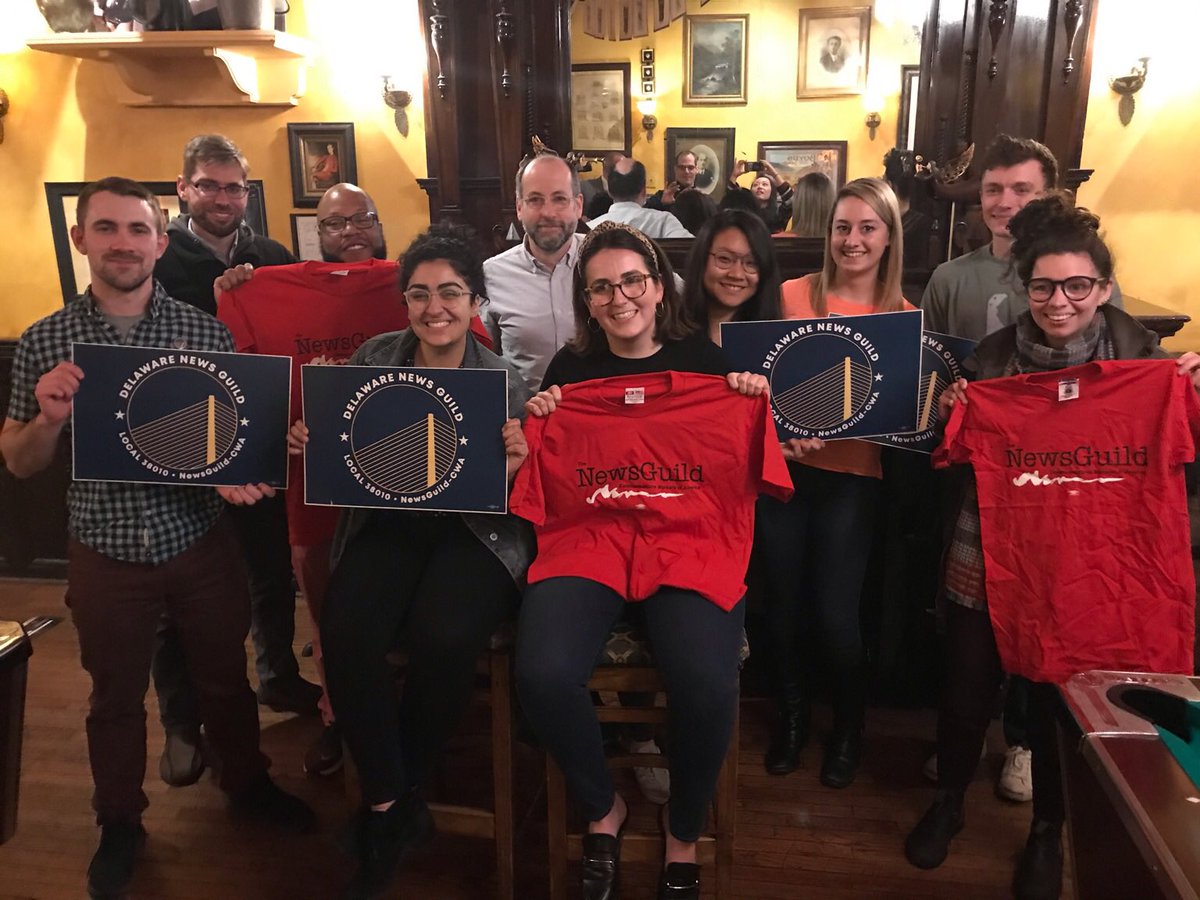 March 4, 2020 – The staff of Delaware Online and Delaware News Journal said Monday they are forming a unit of the NewsGuild-CWA to preserve the quality of their coverage and to fight for the future of their newsroom.

The Delaware journalists are part of wave of union organizing that is sweeping the industry. Just a few hours after they announced their union drive, employees of the Idaho Statesman said they, too, were organizing with the Guild.

“The News Journal, like many other newspapers, has endured countless rounds of layoffs and cuts,” organizers wrote in a press statement. “This, combined with growing health care costs, stagnant salaries, and constant staff turnover makes it difficult to maintain the high caliber of journalism that we strive for — and that Delawareans deserve,” they said.

“We are unionizing in an effort to seek structural change in an industry where corporate decision makers continue to slash newsrooms across the country,” Delaware News Guild organizers said.

“As local journalists, we live in the communities we cover,” they wrote. “We are there for the worst moments, and for the celebrations. Our reporters and photographers are there, under the lights at a Friday night football game. We are in Legislative Hall, city council chambers and school board meetings late into the night.”

Union activists said they are passionate about the work they do and that readers deserve a news outlet committed to high standards of journalistic integrity and quality.

“We are asking Gannett to voluntarily recognize the Delaware News Guild, with the hopes of creating a productive and long-lasting relationship,” they said.

In the meantime, they filed a request with the National Labor Relations Board to schedule a vote.

“Our Guild will continue to fight for the future of our newsroom and local journalism,” they said.