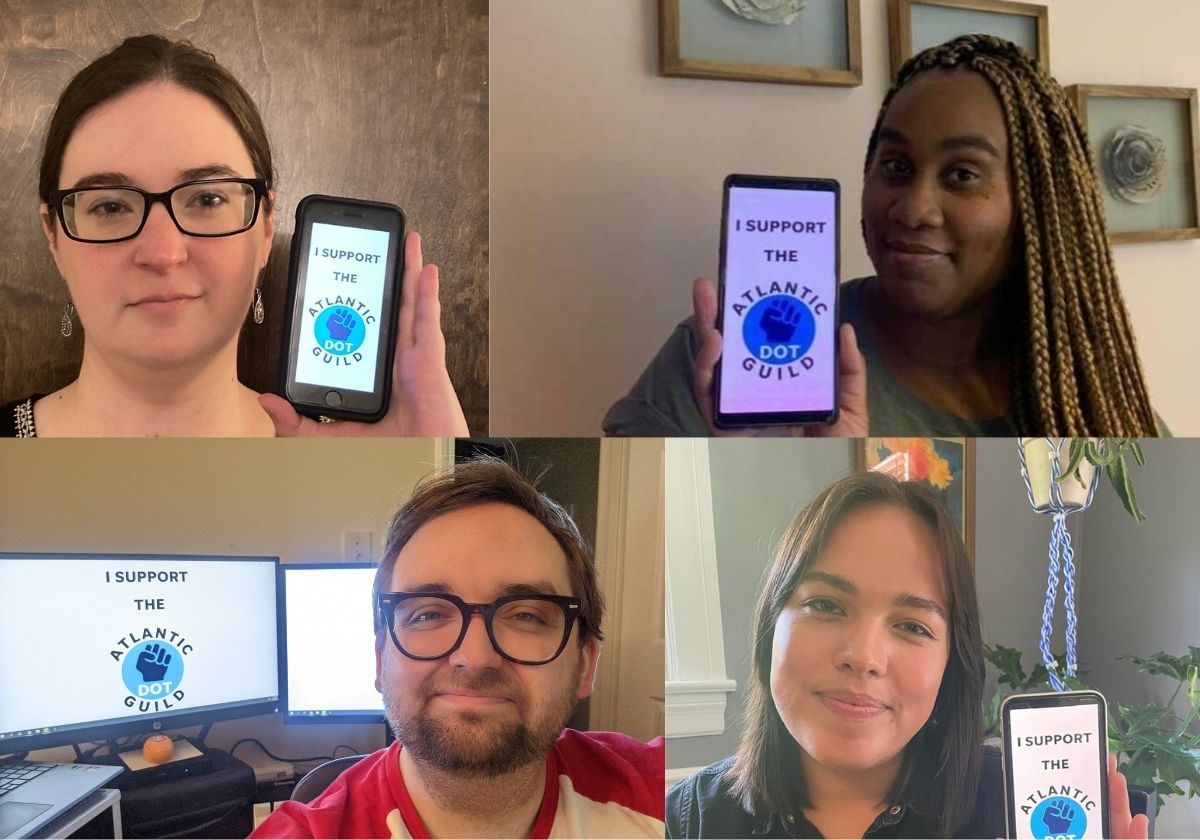 Digital Producers at the Atlantic Digital Optimization Team voted to be represented by The NewsGuild of New York Local 31003 in an election supervised by the National Labor Relations Board that concluded Wednesday. The 21-person unit consists of digital producers across five states that make up Gannett’s Atlantic region.

The vote followed an aggressive anti-union campaign by management that prompted the New York local to file Unfair Labor Practice charges against the company.

“We may only now be officially certified as a union, but the strength of our unit was built and solidified months ago. We went public with supermajority support, and only went through this drawn-out process because of Gannett’s persistent anti-union agenda,” said Digital Producer Jack McLoone. “Like The Record Guild before us, and the Hudson Valley News Guild soon to come, nothing management did could keep us from advocating for ourselves and our dignity. We look forward to continuing to do so at the bargaining table.”

“This is a great day to be a part of the Atlantic DOT Guild,” said Jessica Limonchi, who is also a digital producer. “We’ve won two things today: not just the election, but also status quo protections for all of us. It will be nice to join our friends at The Record Guild again, this time at the bargaining table with Gannett.”

The digital producers at the Atlantic DOT Guild work on 37 websites in New York, New Jersey, Pennsylvania, Delaware and Maryland. Their main responsibility is preparing articles and multimedia content for online readers. They design the visual flow of stories, create graphics for social media, craft headlines, optimize content for search engines and curate news through social media, and deliver alerts and newsletters. They announced they were forming a union in early June.

“Building worker power in the Gannett chain — the nation’s largest — will strengthen local news and lift standards across the industry,” said Susan DeCarava, president of the NewsGuild of New York.

The Unfair Labor Practice charges alleged that managers offered benefits in exchange for rejecting the union and implied a promise of benefits by soliciting grievances during the voting period. The charges also include allegations that management created the impression that it was spying on the workers’ protected union activity.

The Atlantic DOT Guild is the second of three Gannett unions to form this year in the company’s Atlantic Region. On May 7, workers at the Bergen Record, NJ Herald and Daily Record voted 59-4 in favor of joining the NewsGuild of New York and workers at The Journal News, Times Herald-Record and Poughkeepsie Journal went public and filed for a union election on July 14. Mail ballots are scheduled to be sent to workers this Friday.