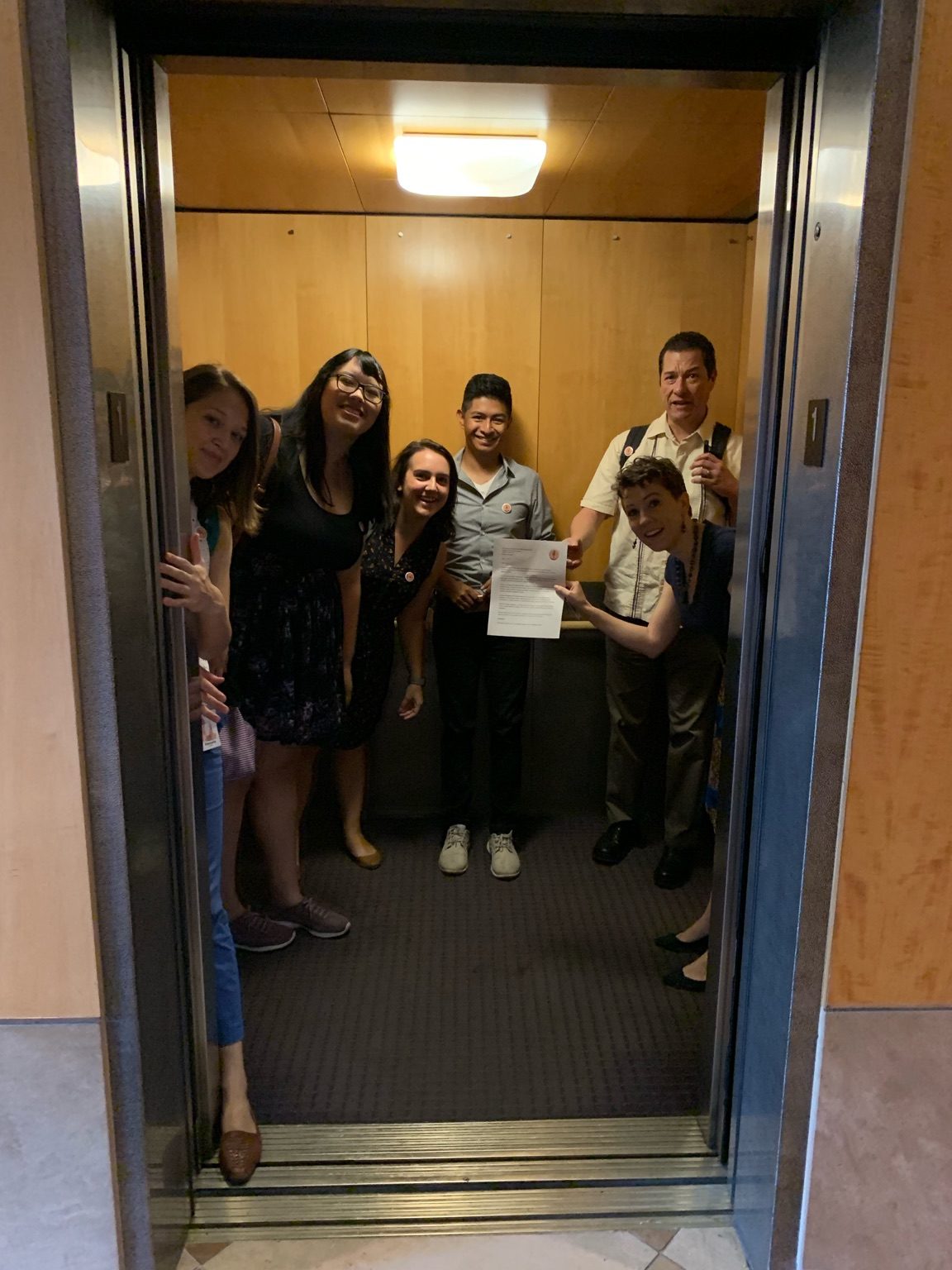 Citing support from an “overwhelming majority” of workers, a delegation of newsroom employees officially asked Gannett to voluntarily recognize the Arizona Republic Guild as a unit of The NewsGuild-CWA today. Recognizing the union would set the stage for contract negotiations to begin.

More than 70 percent of non-management employees have signed union authorization cards, with signatures coming from every corner of the newsroom, spanning all backgrounds, demographic groups and job titles.

“We look forward to the start of contract negotiations and a strong working relationship that will allow us to protect local journalism and preserve our Republic far into the future,” the Organizing Committee wrote in a letter delivered to Executive Editor Greg Burton.

The group also plans to file the signed authorization cards with the National Labor Relations Board today to request an election, which would likely be held within four weeks.

“However, we would prefer to build a long and mutually beneficial relationship with the company starting as quickly as possible. We will withdraw our election petition once Gannett voluntarily recognizes our union,” organizers wrote.

“Voluntary recognition will save the company time and money that could better be spent elsewhere, knowing that an election will bring about the same result. It would show your commitment to a united newsroom and demonstrate that you respect the will of your employees,” they said.

Over the last 16 months, media companies across the country have voluntarily recognized NewsGuild units at the Chicago Tribune, Capital Gazette, BuzzFeed, The New Yorker, The Hartford Courant and elsewhere, the Organizing Committee pointed out.

In a letter to colleagues that was also distributed today, the Organizing Committee wrote, “There is only one way to secure a voice in our workplace and strong investment in our newsroom: with a legally-protected right to negotiate our wages and working conditions. Without that, we have no seat at the table during Gannett’s massive pending merger with GateHouse and no input on decisions that affect our future.”

Committee members warned co-workers that corporations often run anti-union campaigns, paying consultants or attorneys that specialize in dissuading employees from forming a union. “From what we’ve seen, it’s likely that Gannett is already paying anti-union consultants and running their playbook,” they wrote.

“Despite the pressure so far from Gannett, we’ve remained united,” they wrote. “Support for the Guild is strong.”

Amid a shifting media landscape that has slashed staff and left wages stagnant, Guild organizers are determined to have a say in decisions that will affect their future and the future of journalism in their community. The group’s motto is: “Protect local journalism. Preserve our Republic.”