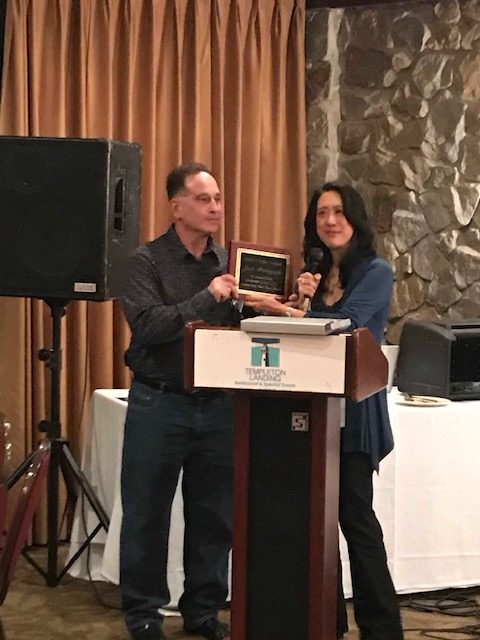 The Buffalo Newspaper Guild has honored one its members with its first Citizens Award for his heroic actions in saving the life of the county sheriff.

The local honored Jack Harzynski, a district manager who was delivering The Buffalo News about 6 a.m. Dec. 12 when he saw two men wrestling in the snow banks off the side of a road.

Harzynski told The Buffalo News that he heard a man pleading desperately: “Please save me. Help!”

That man turned out to be Wyoming County Sheriff Gregory Rudolph, who was on the ground with a knife to his neck, Harzynski told the newspaper.

The 57-year-old Harzynski, who also works for the U.S. Postal Service, grabbed the man with the knife by the coat. After they fought, both men fell to the ground. The attacker got up, knife still in hand.

The sheriff then tackled the man, pinned him to the ground and cuffing him, Harzynski said.

Buffalo local President Sandra Tan presented the award to Harzynski at its holiday party on Dec. 14.

“Jack is a true hero, saving Sheriff Rudolph, who was being held down at knife point,” Tan wrote in a tweet. “It was honor to present him with this award and to get a front-row seat to his retelling of the story.”

The attacker faces charges of attempted murder and other charges. Rudolph was treated for minor injuries.