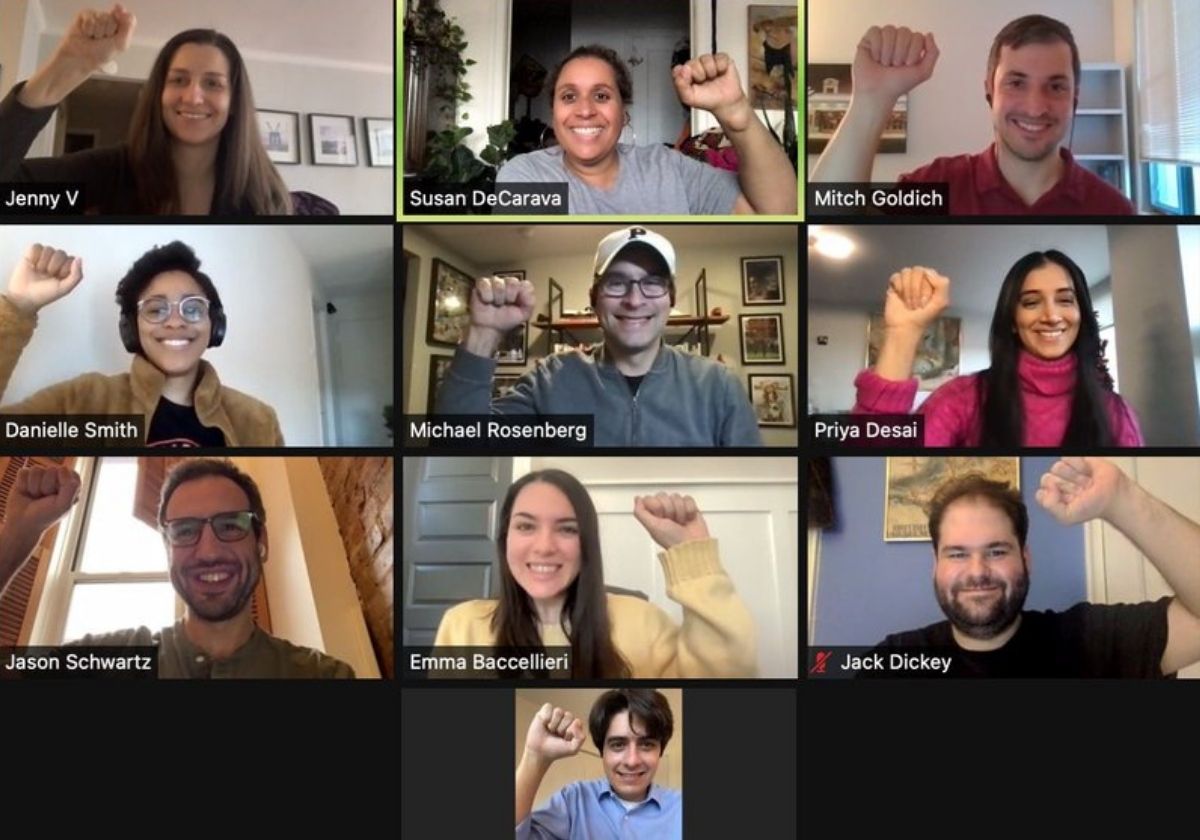 The contract includes an industry-leading policy against production quotas and a strong commitment to diversity, equity, and inclusion efforts.

NEW YORK — Sports Illustrated Union, which represents 94 workers across the sports publication, voted unanimously to ratify their first contract with Sports Illustrated management and The Arena Group on Jan. 20. The deal was finalized on Dec. 31, 2021.

The deal includes a transformative policy on metric-based quotas, huge improvements to diversity, equity, and inclusion standards in the workplace, and an equitable severance policy, among other things.

The average employee will see a raise of 13% by April 1, with the union’s most underpaid members getting bumps of 30, 40, and in some instances, as much as 66%. A wage structure with fair minimum salaries for every position and a salary floor of $64,000 will also take effect, including guaranteed 3% yearly raises.

Sports Illustrated Union was voluntarily recognized in January 2020, with more than 90% of eligible staff in support. Among the reasons for their union drive was a wave of layoffs related to a transfer of management to The Arena Group (then known as Maven), a Seattle-based media and technology company in October 2019—the third change in management in three years.

The new contract seeks to repair the effects of unstable ownership over the years. Full credit will be granted for all time served at Sports Illustrated under previous operators, including time spent as full-time subcontractors; layoff procedures will include a volunteer process and recall rights if the position opens back up; and a severance policy will guarantee two weeks of pay per year of service and fully counts all of a worker’s time at Sports Illustrated.

“Our newsroom should not only reflect our readership but the leagues that we cover. That responsibility should never be shouldered by one or two of our colleagues,” said Digital Correspondent Priya Desai. “This contract puts us on the road to changing the culture of this legacy media brand by promoting inclusivity and deepening our coverage and storytelling.”

The deal also includes an industry-leading ban on production quotas, and ban on discipline based on clicks or likes; as well as pledging at least $50k for the company’s diversity committee and a rule that at least 50% of job applicants for union-covered jobs who make it to an interview with the hiring manager will come from traditionally underrepresented groups.

“We are pleased we worked with management to ensure our members will earn a fair wage and have some financial security in a turbulent industry. We look forward to continuing SI’s tradition of producing the finest sports journalism,” said Senior Writer Michael Rosenberg. “A newsroom must reflect the diversity of the world it covers, and our aim needs to be excellent journalism, not arbitrary metrics. This agreement serves those goals.”

“Guild members at Sports Illustrated are deeply invested in their publication and its future, as today’s unanimous vote to ratify a strong first contract demonstrates,” said Susan DeCarava, president of The NewsGuild of New York. “We look forward to continuing to work with The Arena Group to support the work of our members in producing outstanding sports journalism.”