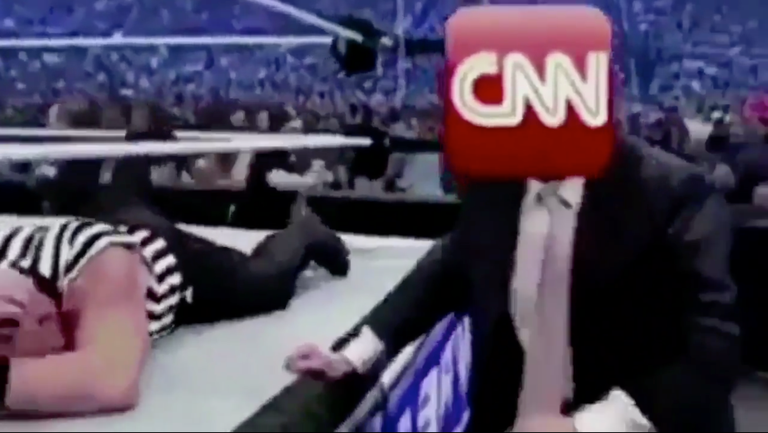 The Guild has denounced a short video, retweeted by President Trump, that depicts him beating up a man outside a wrestling ring with a CNN logo superimposed on the man’s head.

“Members of The NewsGuild-CWA work hard every day chasing stories for text, photos and video,” President Bernie Lunzer wrote in an email on July 4.

Journalists expect to put their lives in danger when covering natural disasters or protests, he wrote. But they don’t expect to find danger during an interview with a candidate for Congress or while trying to question a Cabinet member.

“And they certainly don’t think the president of country, the leader of our democracy, should encourage attacks on us.”

But that’s what happened on July 2 when President Trump tweeted the gif, which “emboldens people to assault us,” the email said.

The president has labeled journalists “the enemy of the American people” and called for their imprisonment, the union president noted.

“But this is much bigger than the possibility of more violence against journalists,” Lunzer said on July 5. “It is about the right of the American people to know what their government is doing.”

The White House has refused to release visitor logs, has prohibited journalists from recording numerous press briefings, and has limited access to high-ranking government officials.

“Journalists will keep doing their jobs,” Lunzer said. “The president can make that easier or he can make it harder. But a free press will withstand these assaults and the people will demand accountability from their government.”