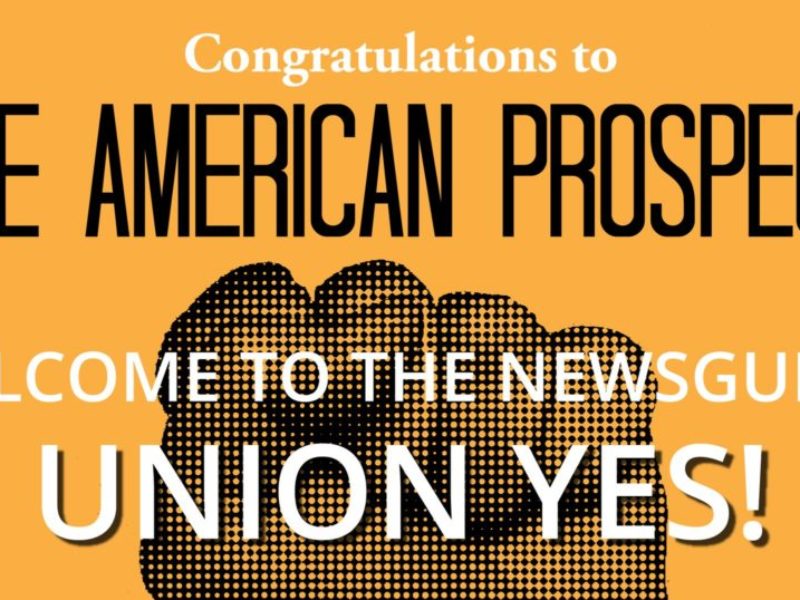 June 1, 2017 – The eight-member staff of The American Prospect has joined The NewsGuild-CWA. The publishers of the magazine, known for a progressive, pro-labor editorial policy, voluntarily recognized the union.

The staffers had advised management that they filed for a union-representation vote, the Washington-Baltimore News Guild local reported. Management’s response means that bargaining over wages, hours, and conditions of work can begin.

“There is no need for NLRB or third-party verification,” wrote TAP board chairman Mike Stern in a letter co-signed by the nonprofit’s top editors. “We would like to set up a first meeting with your representative(s) to work out an arrangement regarding the process for entering into a procedural agreement.”

The publication appears four times a year in print and digital editions, while the organization’s website, prospect.org, offers daily news coverage and commentary.